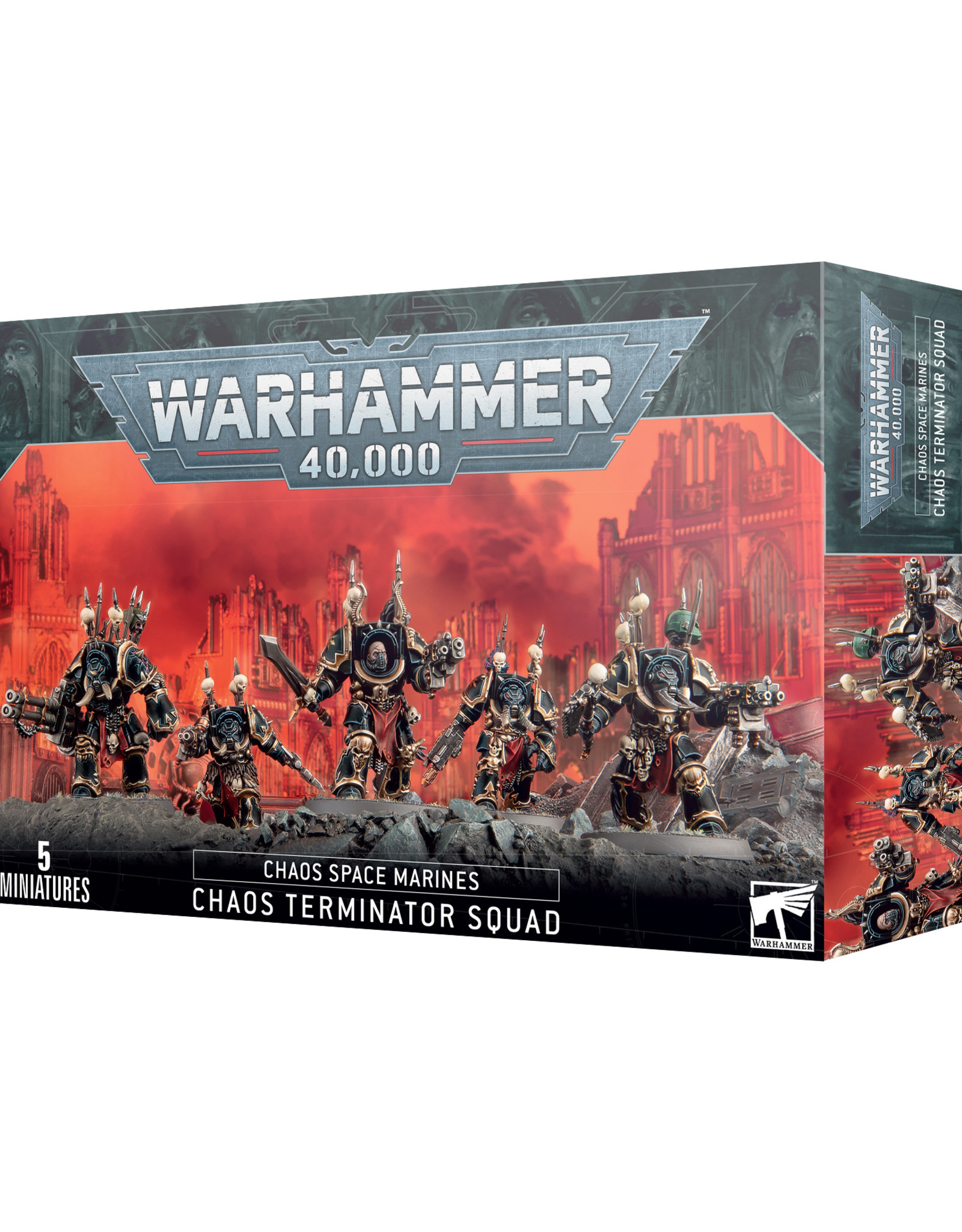 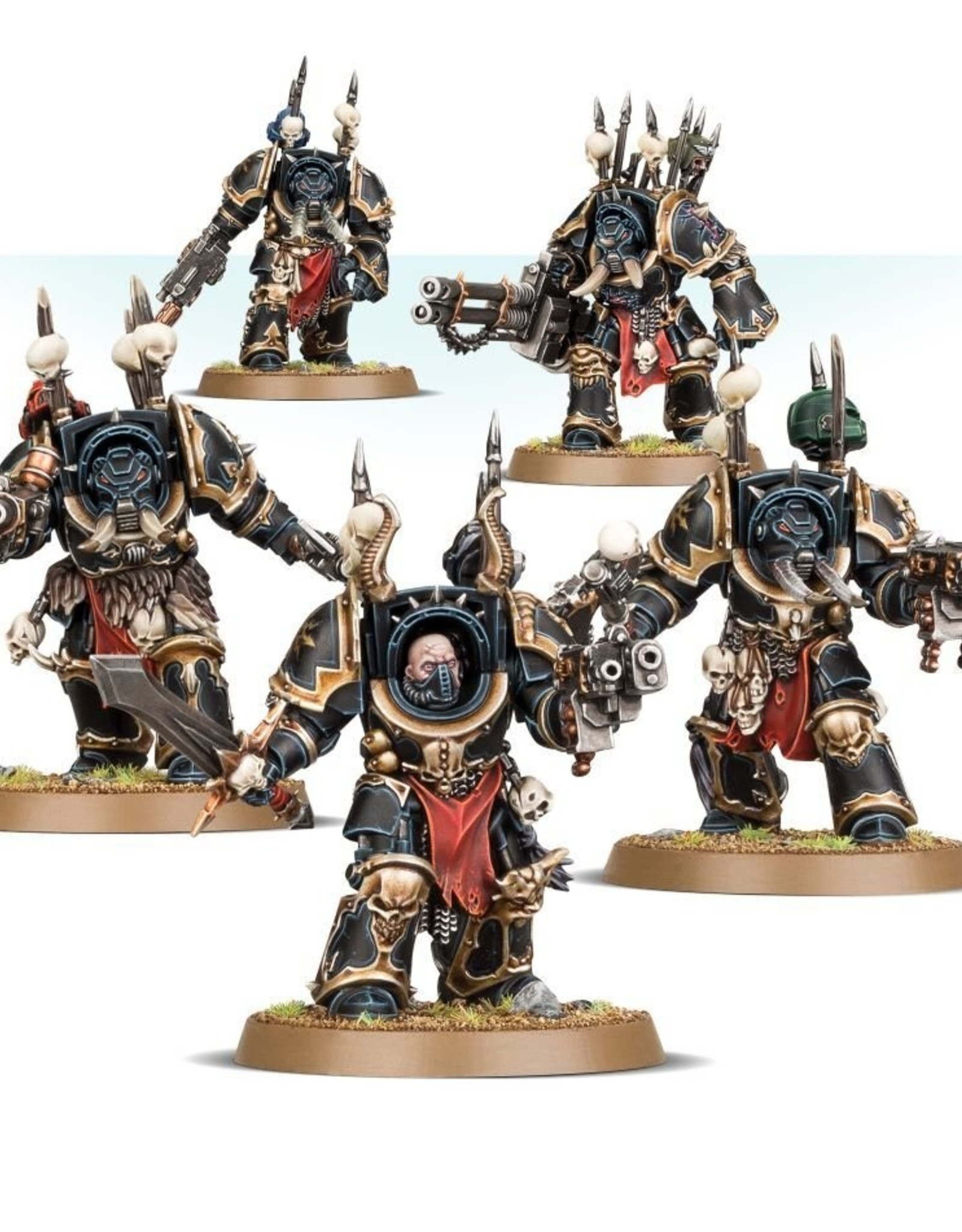 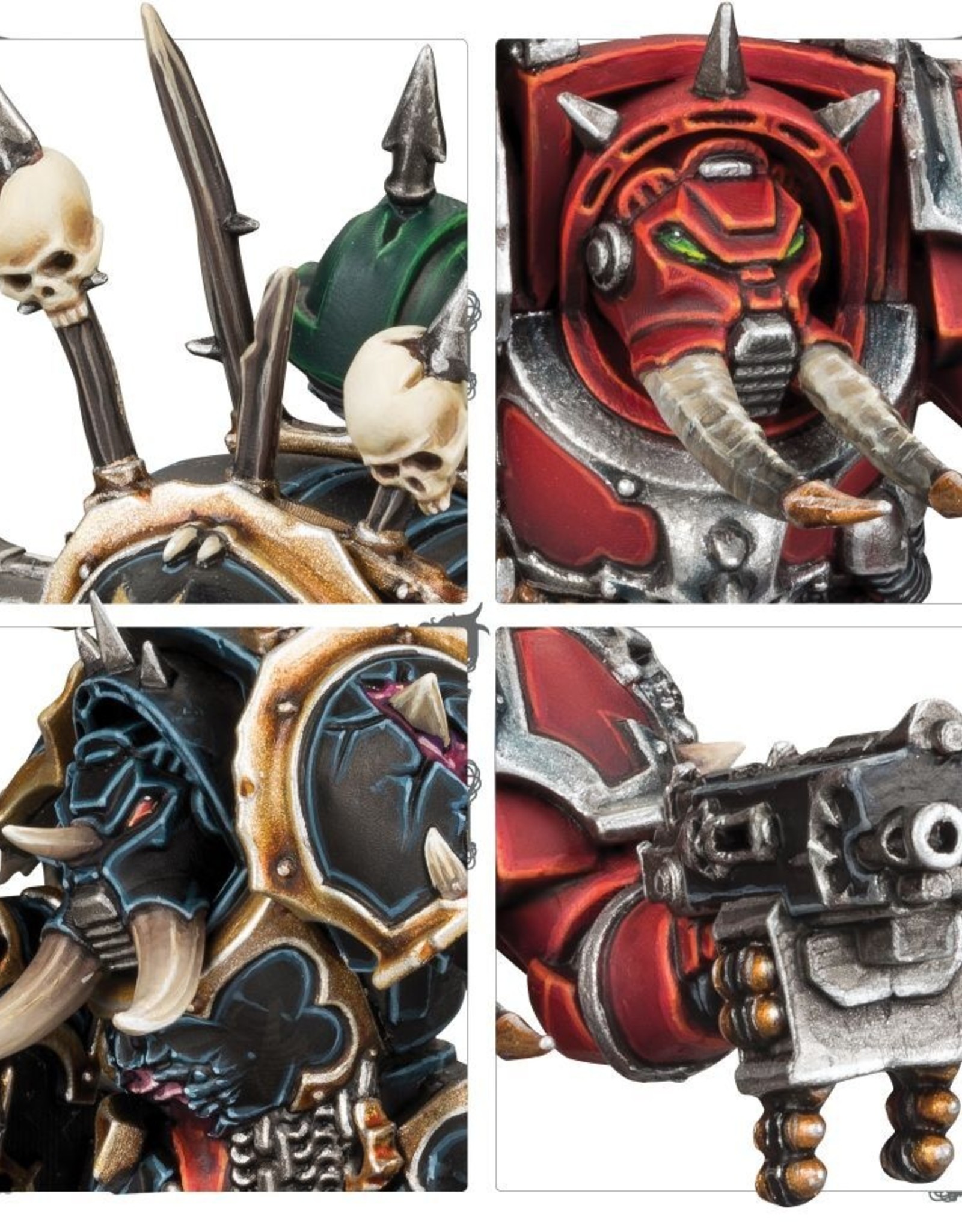 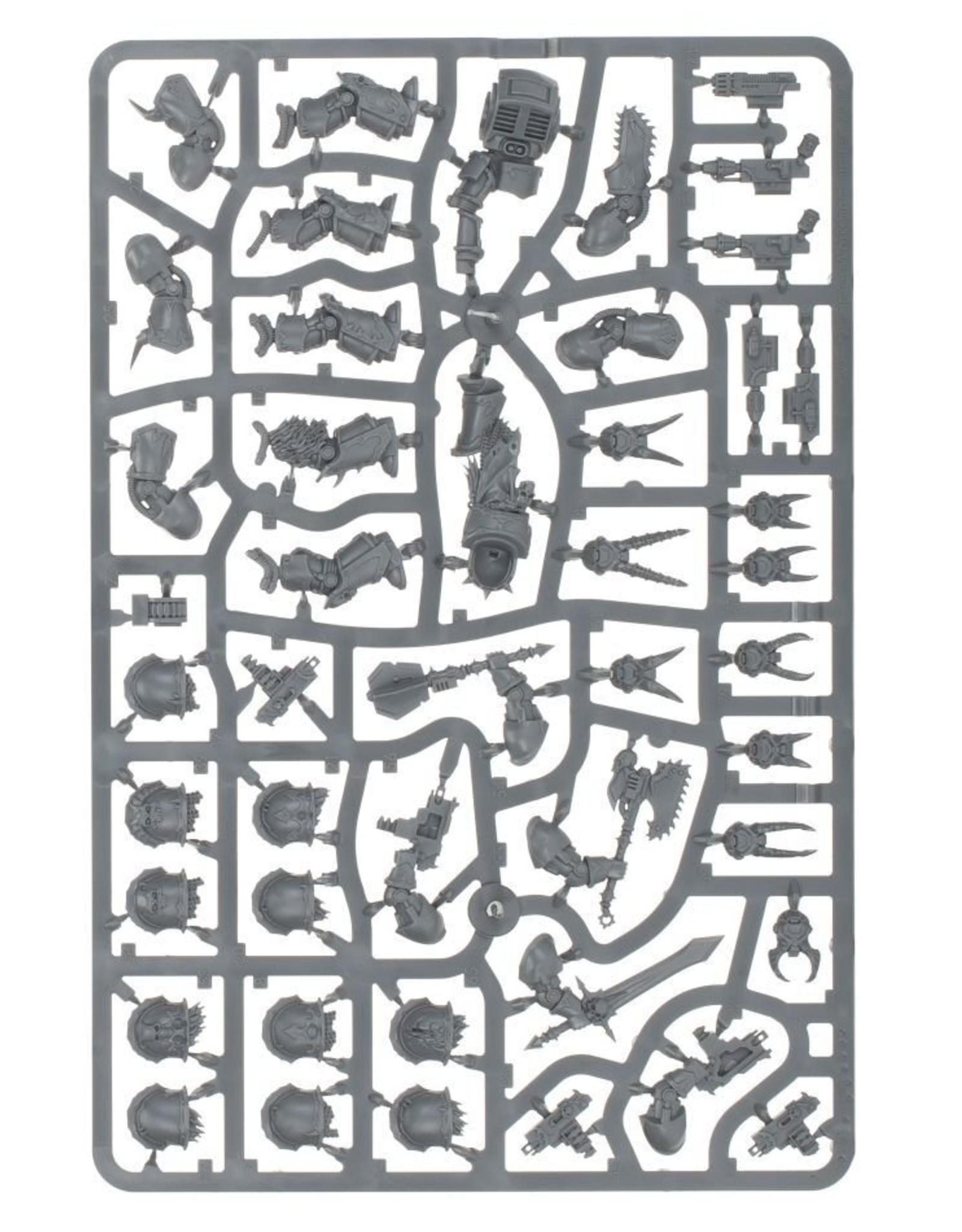 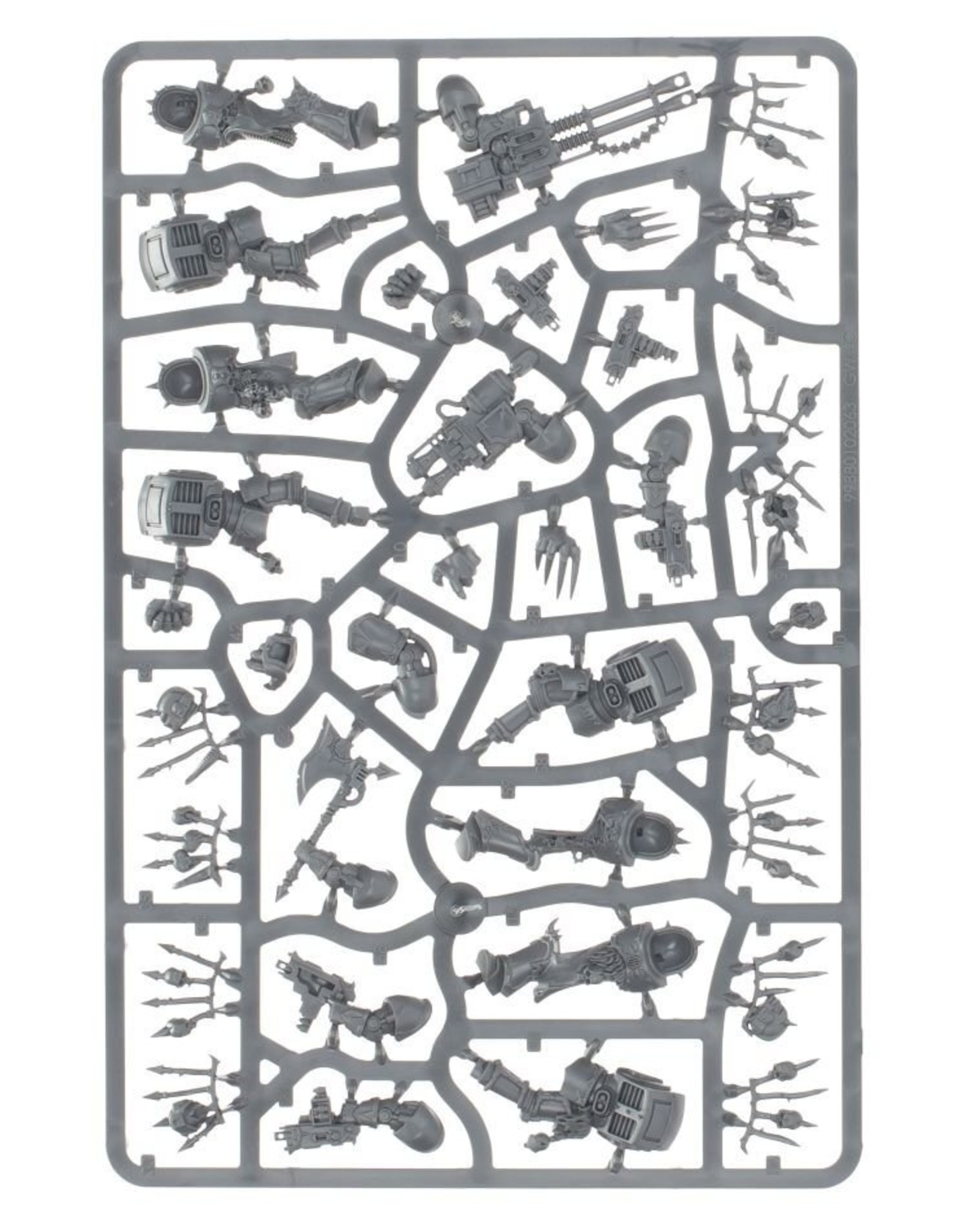 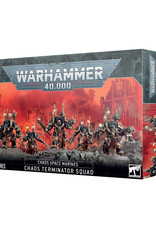 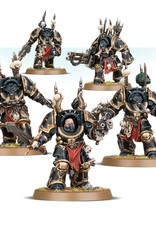 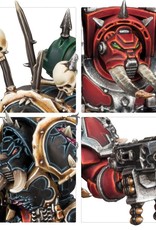 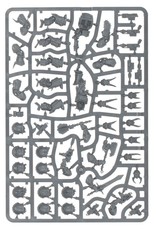 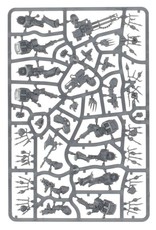 Chaos Terminators are heavily armoured veterans clad in debased suits of Tactical Dreadnought armour. They form the elite of their masters’ warbands, for though they are ponderous compared to their power armour-clad comrades, nothing short of a dedicated anti-tank laser can stop a Terminator in full stride. Spiked trophy racks protrude from massive shoulders, the skulls of the enemy a barbaric testament to their wearer’s martial prowess. Helmets have grown into bestial masks that sprout great tusks and razored horns, many of which have fused directly into the skulls of their wearers.

Chaos Terminators are excellent all-round fighters. Not only does their Terminator armour lend them superior survivability to other Chaos Space Marine units, but their towering size and grisly trophy racks really sets them apart on the battlefield.

The set includes 5 multipart plastic Chaos Terminators, each of which can be equipped with a variety of melee and ranged weapons.