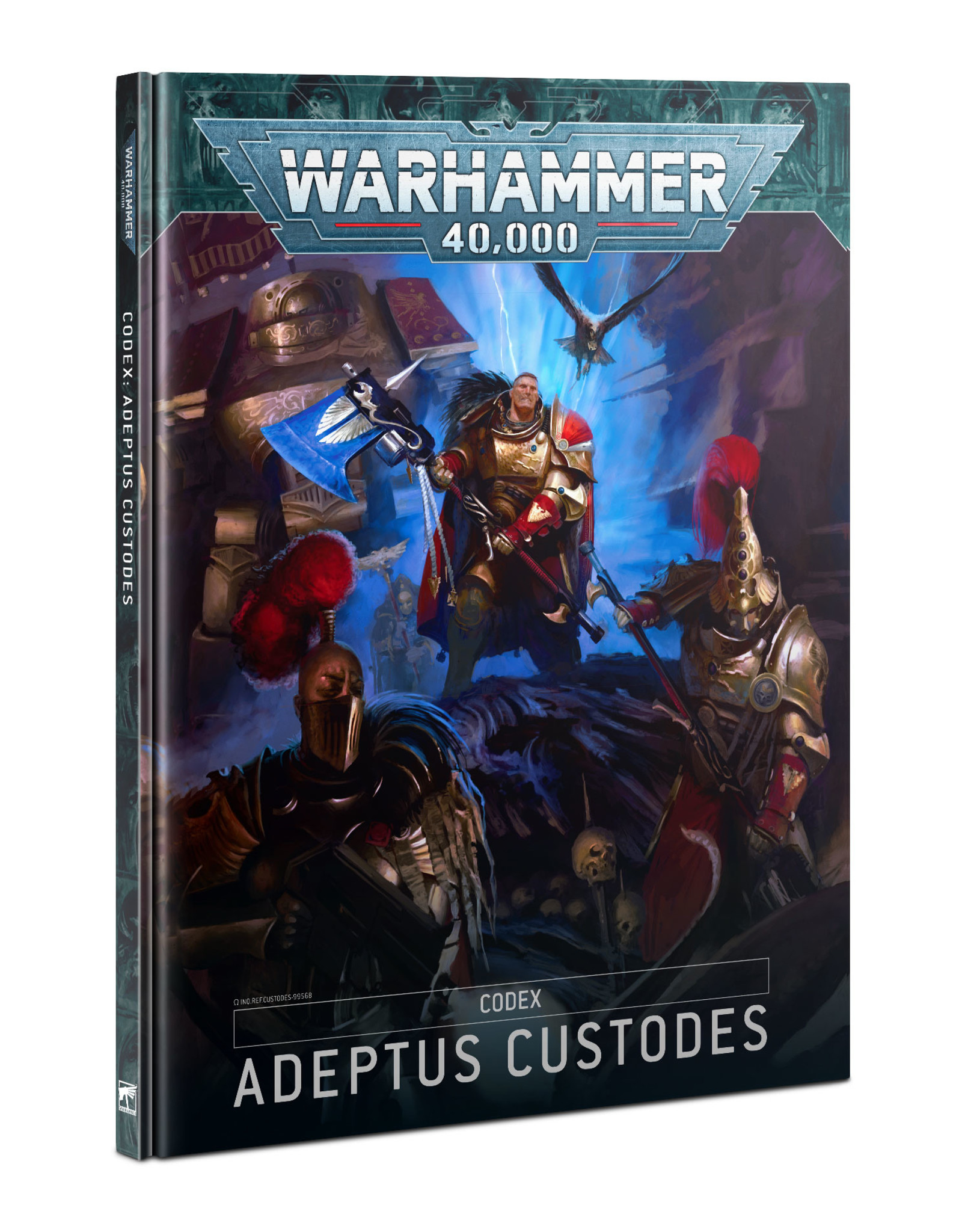 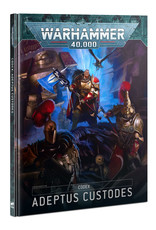 The Adeptus Custodes are demigods of war, sworn to defend the Emperor to their last breath. In this dark and dangerous age, that mission compels them away from Holy Terra and out into the stars, for no longer can they stand upon the ramparts of the Imperial Palace and watch the galaxy burn. They are the most elite warriors in the Imperium, clad in auramite armour and wielding some of the finest weapons ever created by Mankind. Whether teleporting into the heart of battle, storming to war aboard ancient Land Raiders or streaking through the skies astride Dawneagle jetbikes, the Custodians are death incarnate to their enemies. Alongside them fight the Sisters of Silence, a secretive order of psychic blanks to whom falls the task of protecting the Imperium from rogue psykers and sorcerers. Together, they are the Talons of the Emperor, and where they take to the field no foe of the Emperor can stop them.

This mighty tome contains pages of background and rules dedicated to the Emperor's most elite guardians – the Adeptus Custodes. Discover the history and hierarchy of the Talons of the Emperor, and the legendary heroes that have stood by the Emperor's side for over 10,000 years, as well as the myriad ways they wage war in Terra's name.

Inside the 104-page hardback book, you'll find:
- In-depth background and lore on the Adeptus Custodes and the Sisters of Silence, who make up the Talons of the Emperor, plus information about War Zone: Terra, where the Custodes battle insidious threats
- Exquisite art that exemplifies the deific nature of these unparalleled warriors
- All the rules you need to play your Adeptus Custodes army, including 20 datasheets covering every unit from the brand new Blade Champion to the Custodian Guard and Prosecutors
- A full suite of rules for playing Crusade and narrative games, including Agendas, Battle Traits, Requisitions, Crusade Relics, plus Battle Scars, and Artefacts of the Vault Relics unique to the Adeptus Custodes
- An 'Eavy Metal miniatures showcase including variant Adeptus Custodes colour schemes