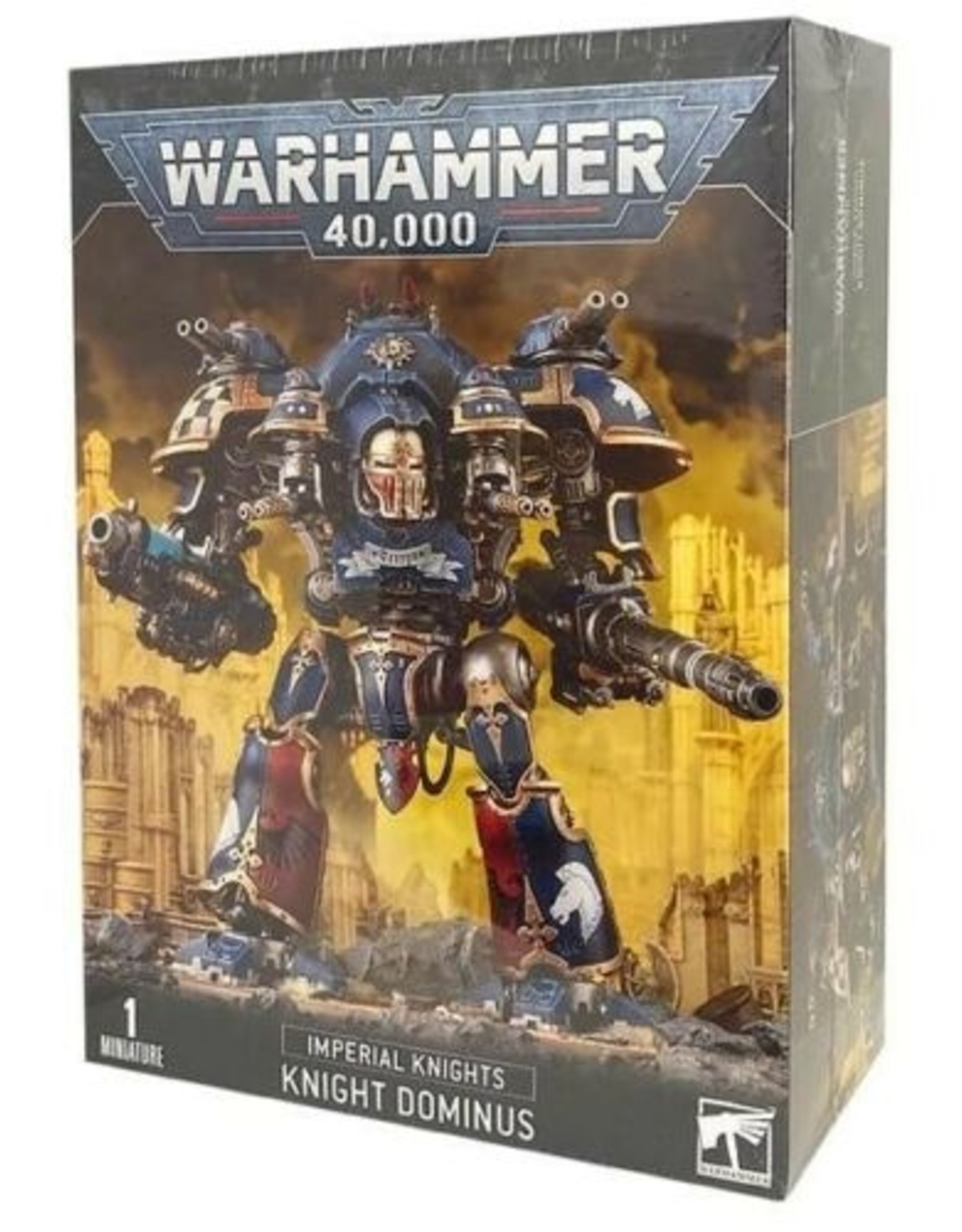 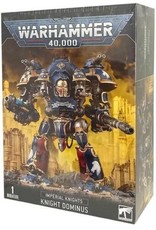 Dominus-class Knights are among the largest available to any Knight house. These walking fortresses march relentlessly into the fight, armed with weapons capable of levelling entire armies, gunfire scattering uselessly off their ion shields.

The Knight Castellan's dual plasma core fuels a frightening array of weapon systems, sufficient to make it a mobile artillery battery. Its awesome plasma decimator gouges the heart out of an enemy army, while the firepower of its volcano lance is comparable to an Imperial Navy warship.

The Knight Valiant defeats its enemies through overwhelming firepower at close range. Its conflagration cannon unleashes a searing, inescapable firestorm, easily annihilating incoming hordes and smashing through opposing battle lines, while its thundercoil harpoon can destroy tanks and monsters with impunity.

Tyrant-class Knights loom even over other Chaos Knights. These walking bastions of corruption carry some of the heaviest armaments available to the Fallen houses, hammering foes from the moment the fight begins as they lumber ominously into battle, incoming fire splashing off their ion shields. Blessed with an armoury of accursed weapons suited to unleashing a long range barrage or tearing out the heart of the enemy army, the Knights Tyrant punish any who would hide behind armoured walls or lesser warriors – there is no escape from the vengeance of the Dark Gods.

This multipart plastic kit builds one Knight Castellan, a titanic long range Lords of War choice for your Imperial Knights army – or a wandering Freeblade for other Imperium forces. This kit can also be assembled as a Knight Valiant, as well as a Knight Tyrant for Chaos Knights. This super-heavy walker is armed with a blast-unleashing plasma decimator, an armour-melting volcano lance, and an array of carapace-mounted meltaguns, shieldbreaker cannons, and missiles. The Knight Dominus makes a fantastic painting project and centrepiece, and offers a range of poses, face plates, and armour pieces, allowing you to create a truly unique engine of war.

This kit comprises 172 plastic components, and is supplied with a Citadel 170mm Oval Base. Also included is a Dominus transfer sheet, featuring heraldry for Imperial Knights. This miniature is unpainted and requires assembly.