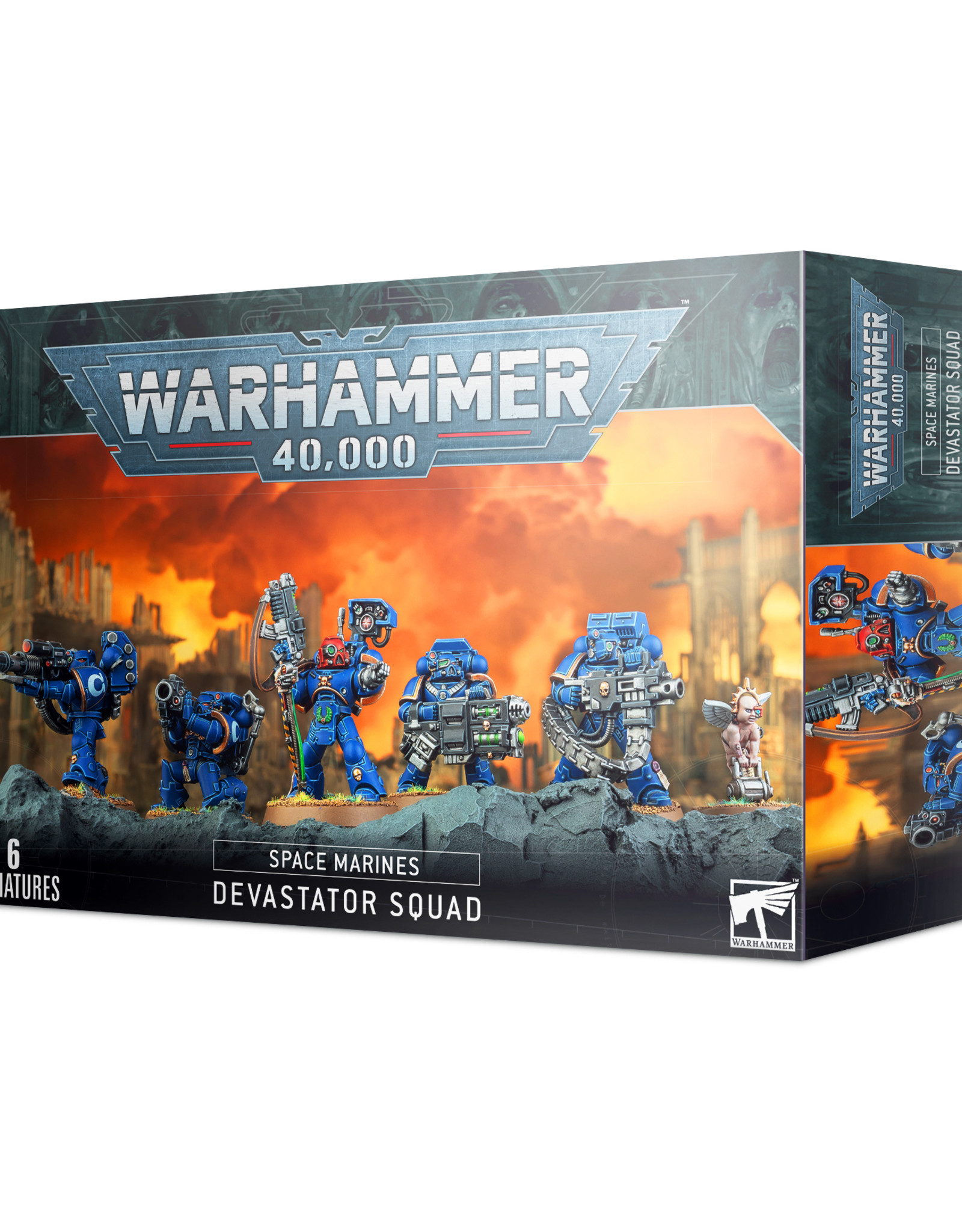 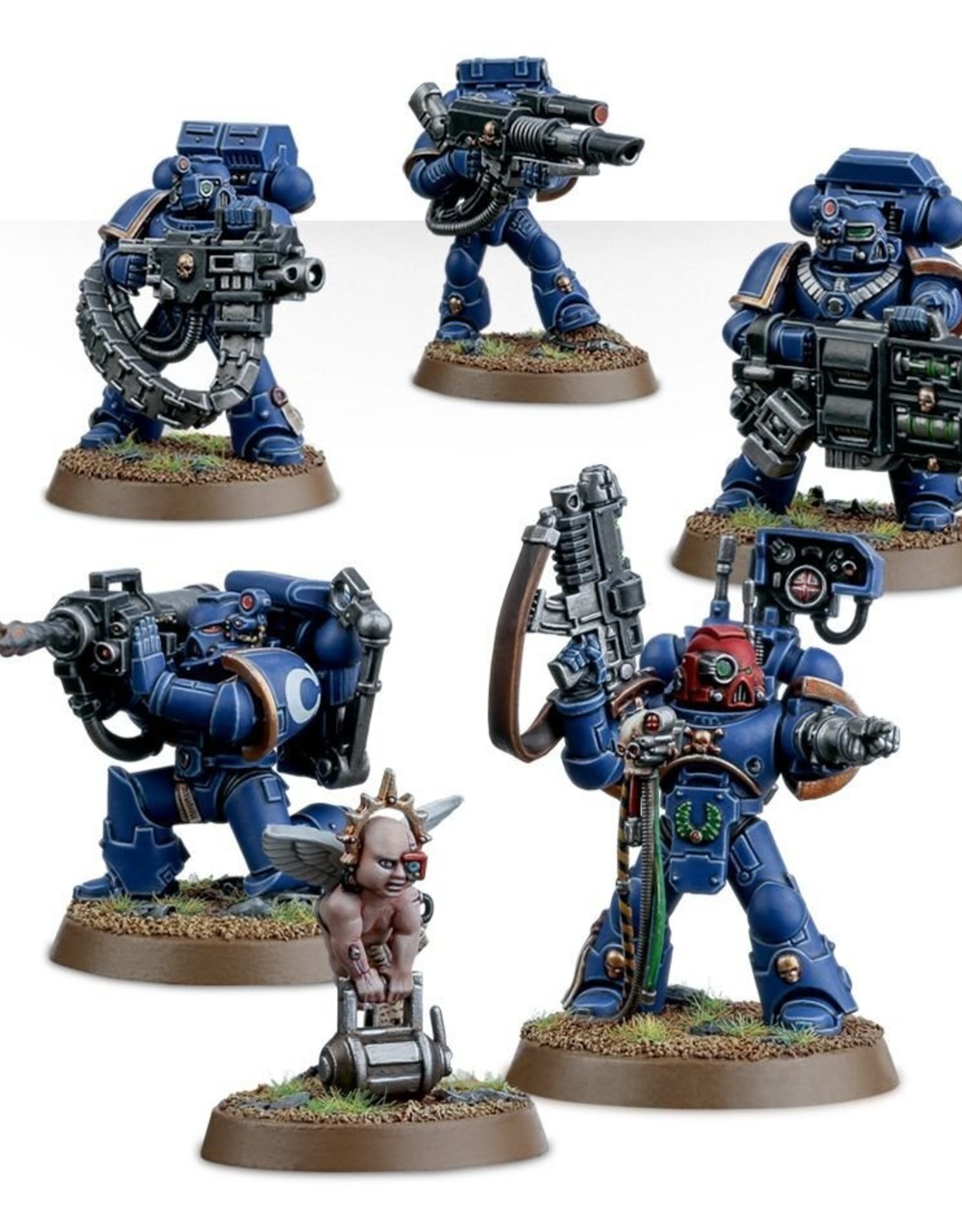 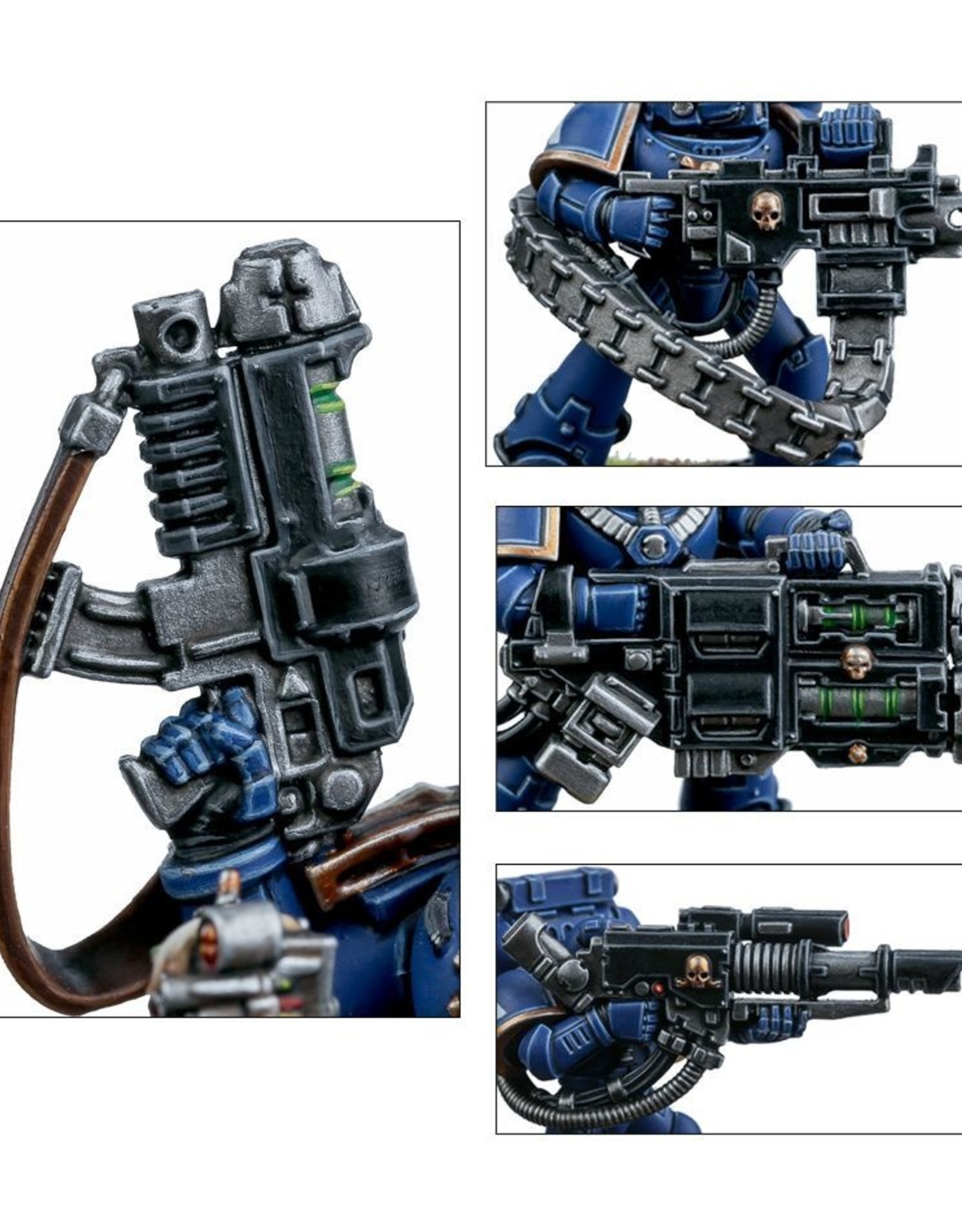 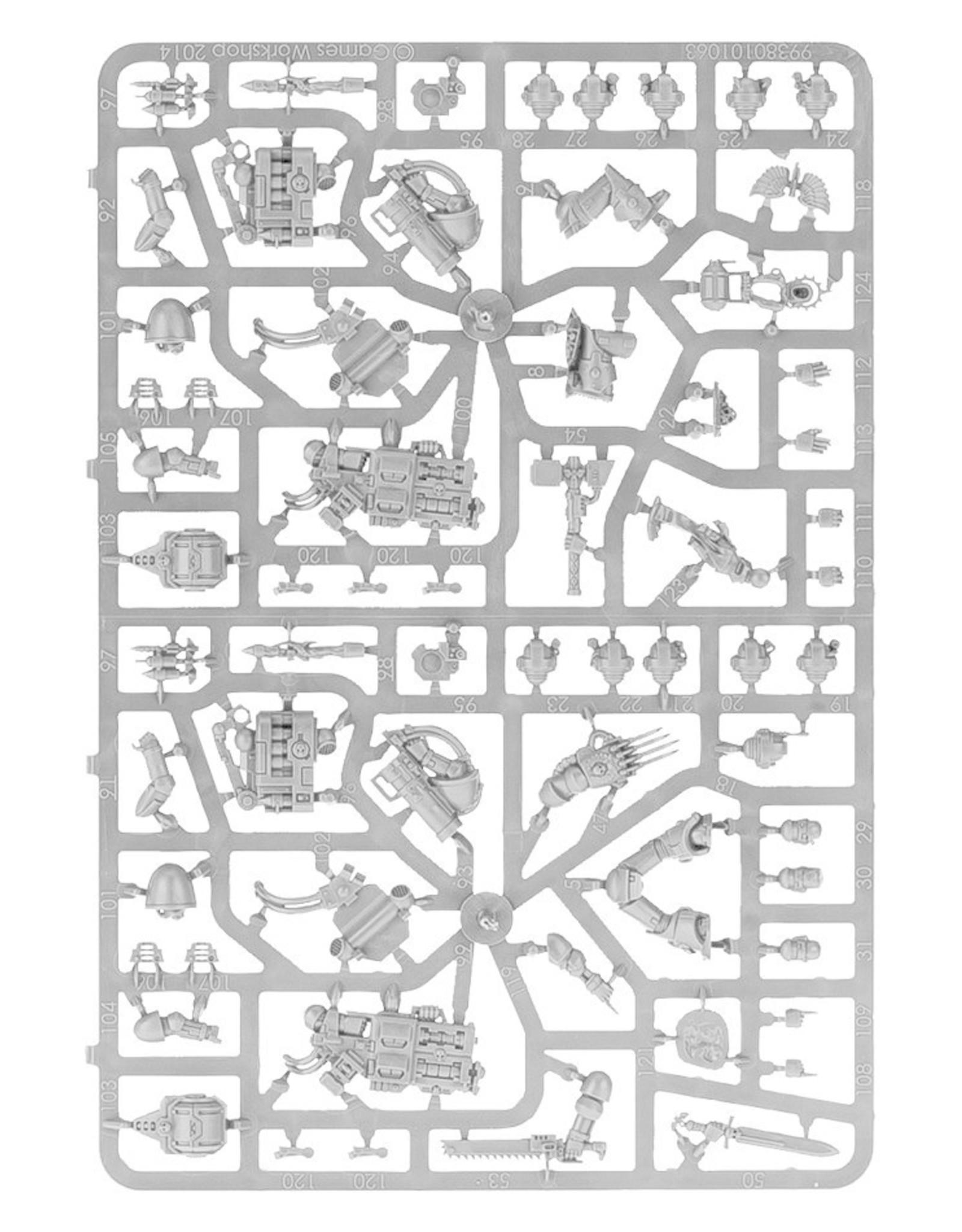 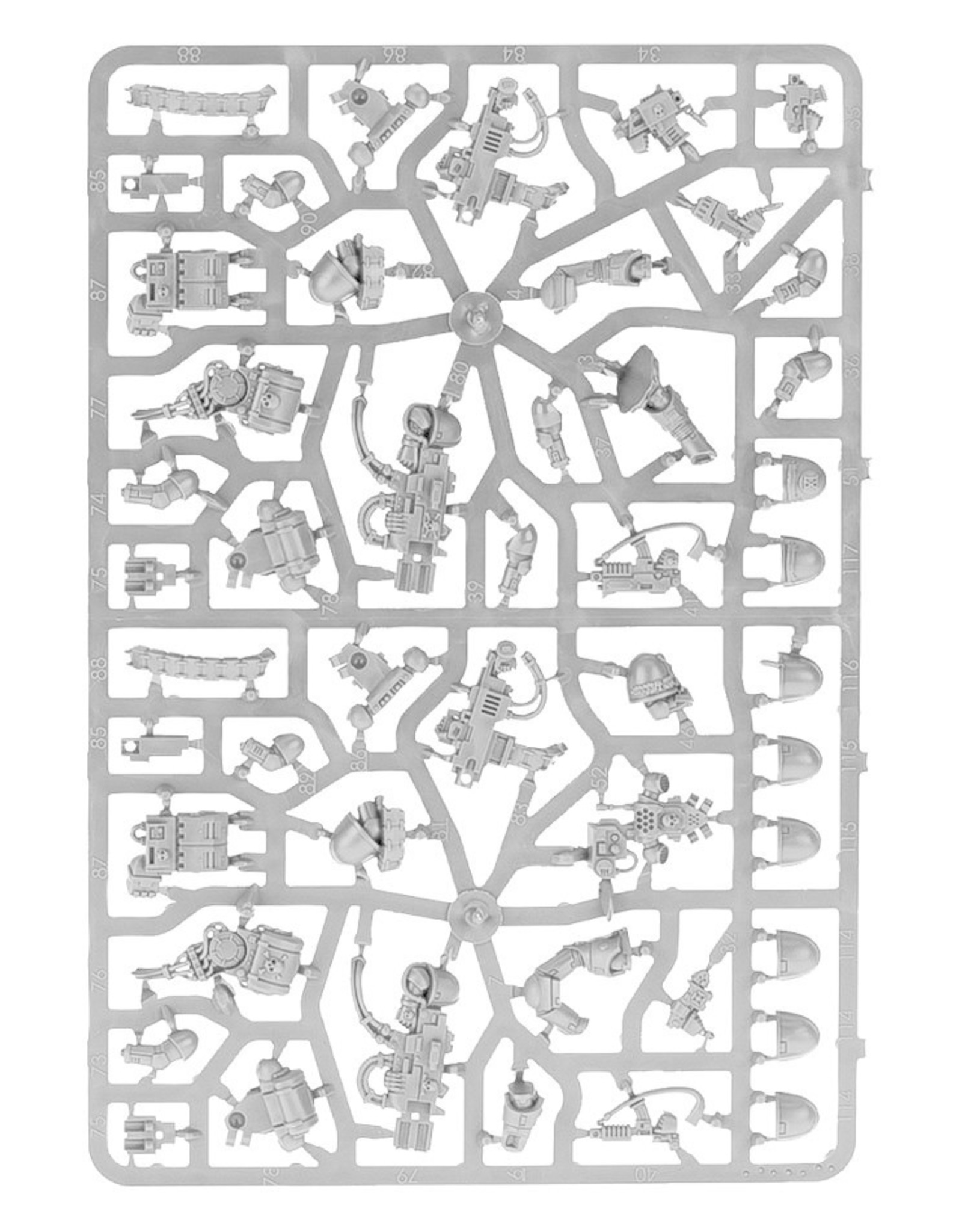 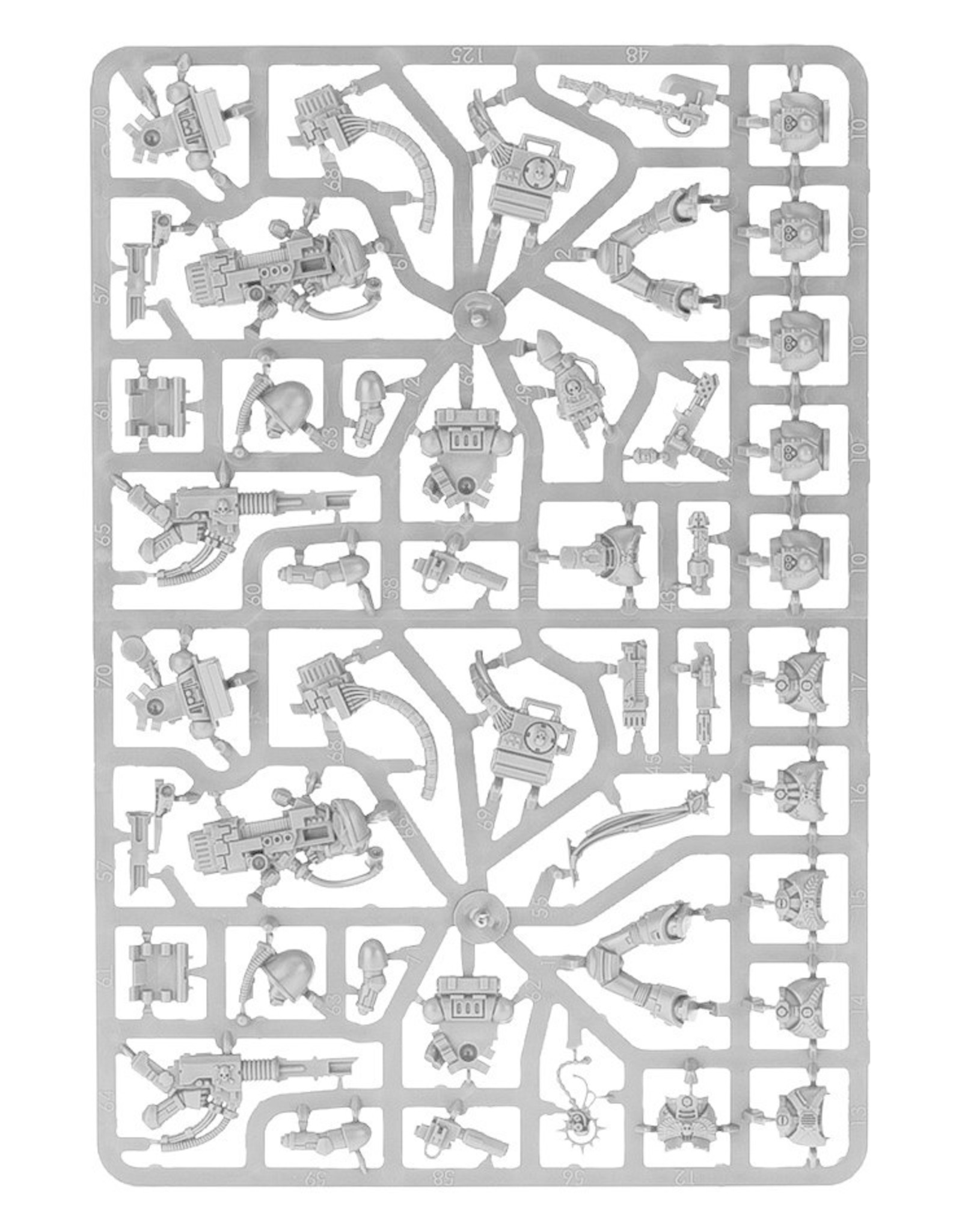 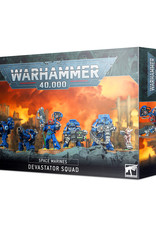 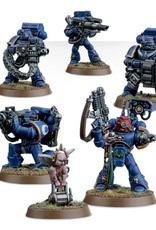 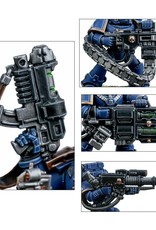 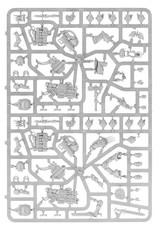 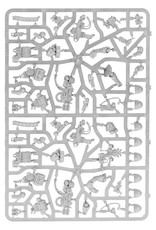 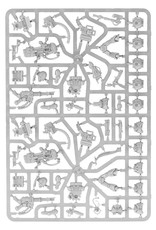 Support troops who truly live up to their name, the Space Marine Devastators deliver the Emperor’s judgment via stunning displays of brutal firepower. Missiles slam into ranks of enemies, blasts of scorching plasma melt craters into the very earth, lascannons punch through the hardest defences and the droning hum of grav-cannons rises to a terrible crescendo as the target of the Devastators’ wrath is reduced to nothing more than memory and dust.

The poses these models can be assembled in are classic Devastator poses, with targeter helmets and castellated greaves designed to counter the immense recoil thrown out by their heavy weapons.

Speaking of heavy weapons, the Devastator squad features an *incredible* array of the Imperium’s finest. Included in this squad:

One each of Plasma pistol, Bolt pistol, Grav pistol.