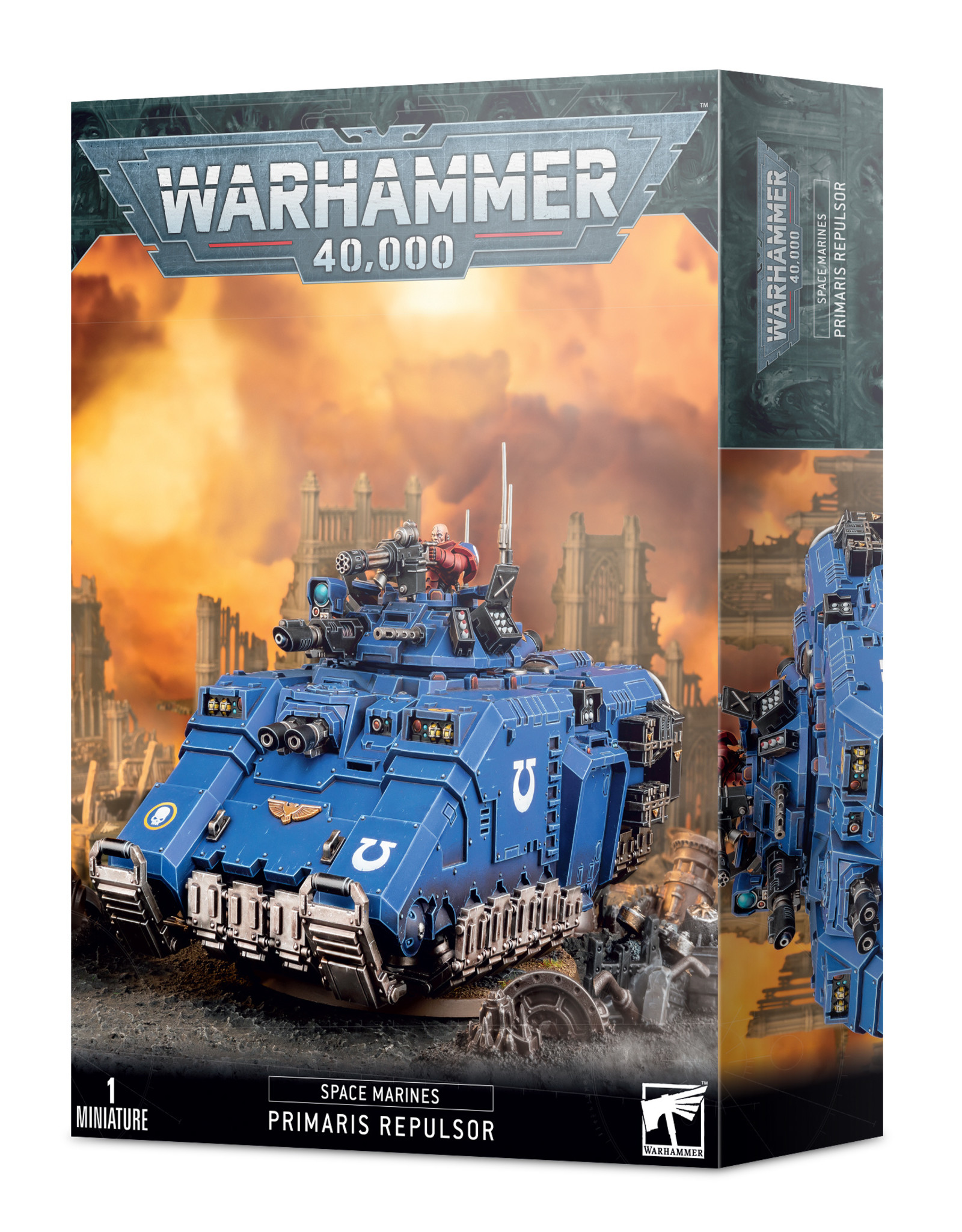 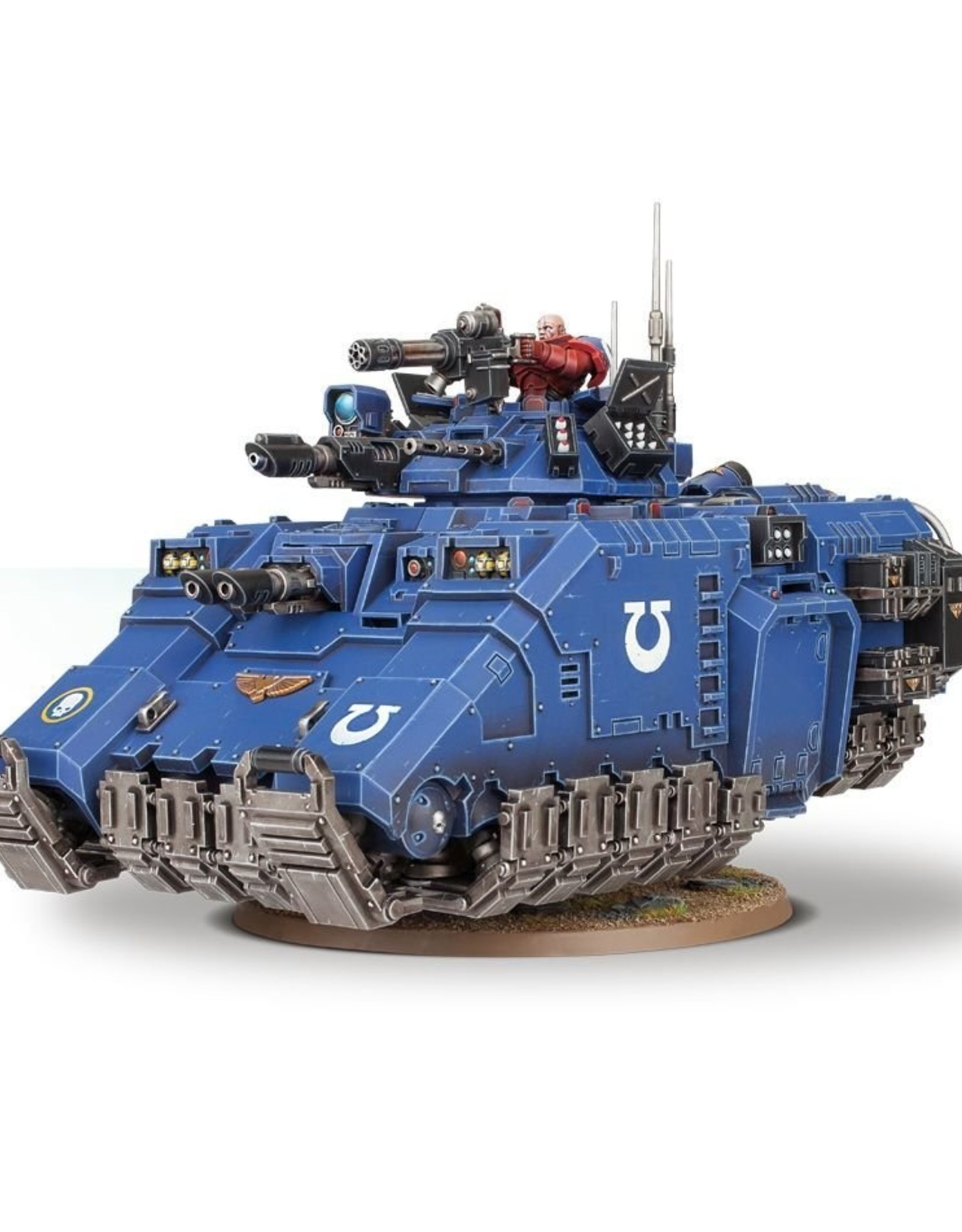 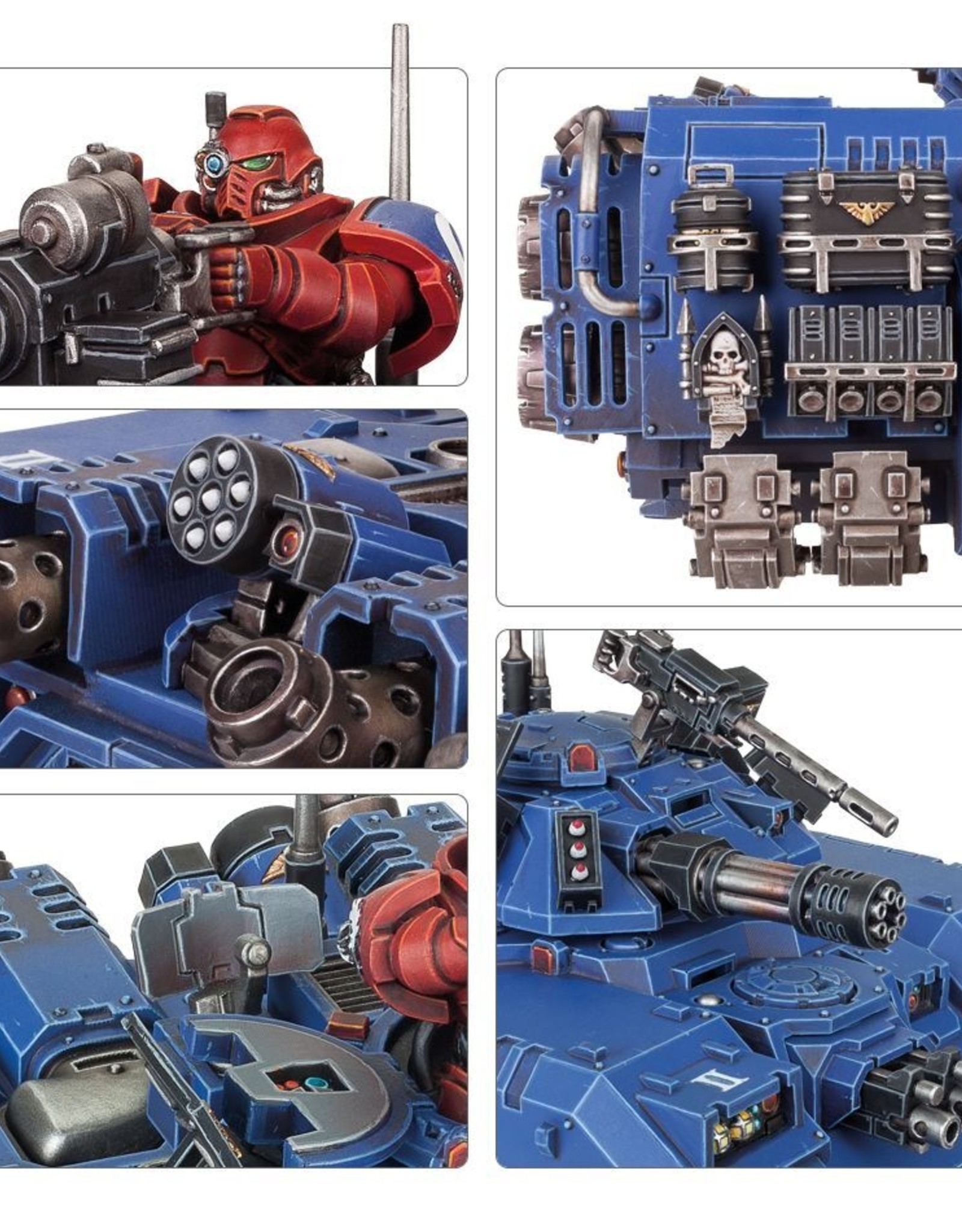 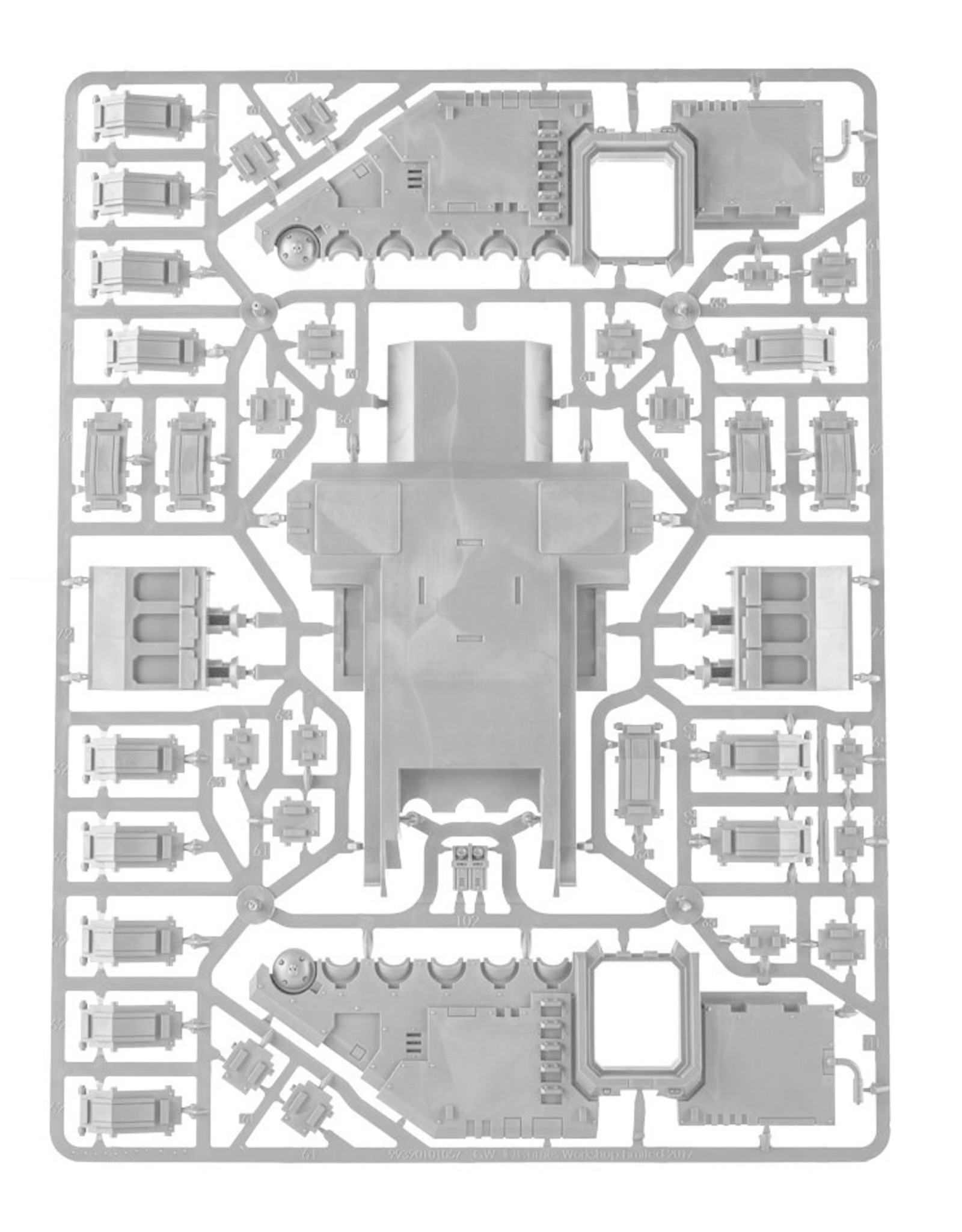 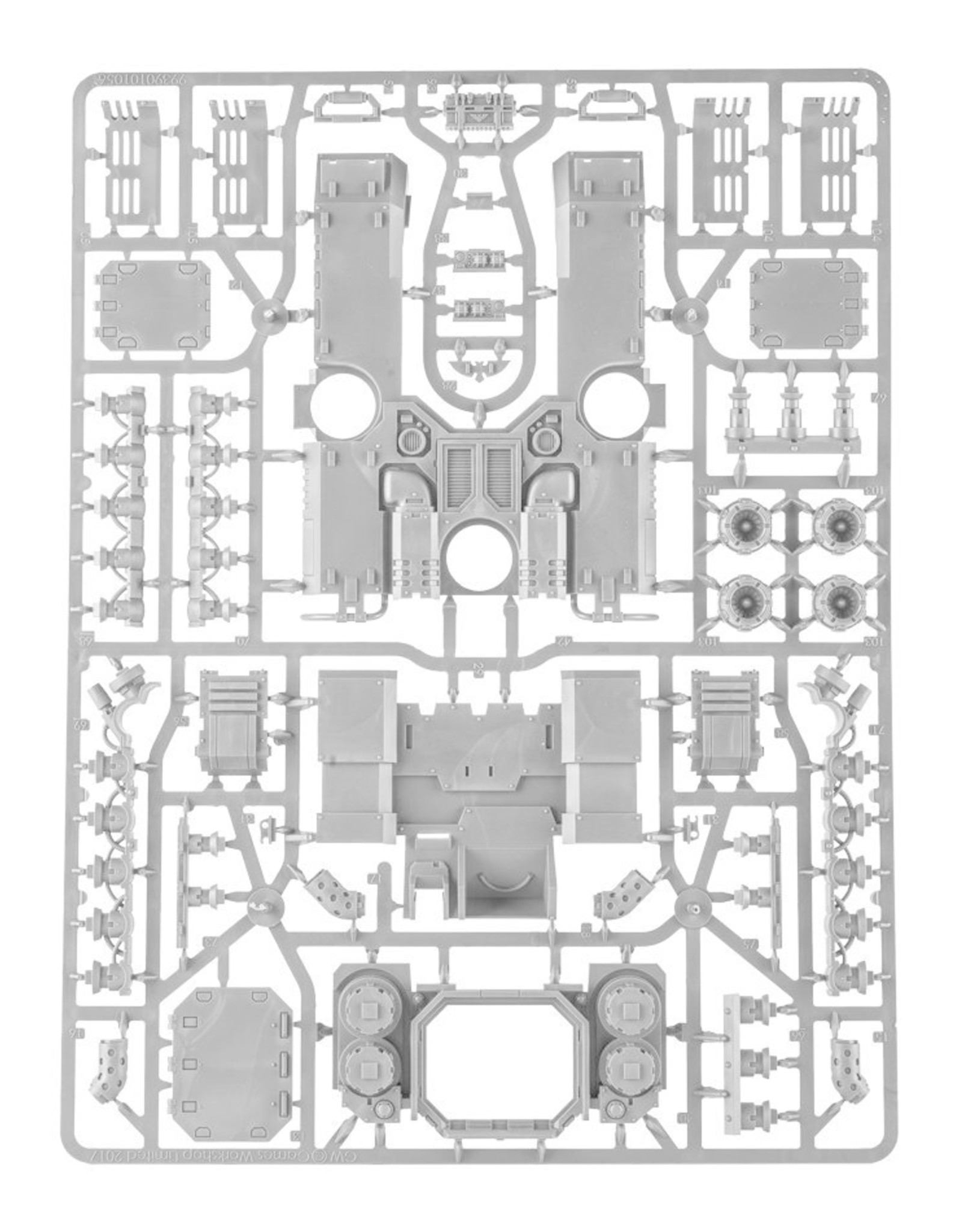 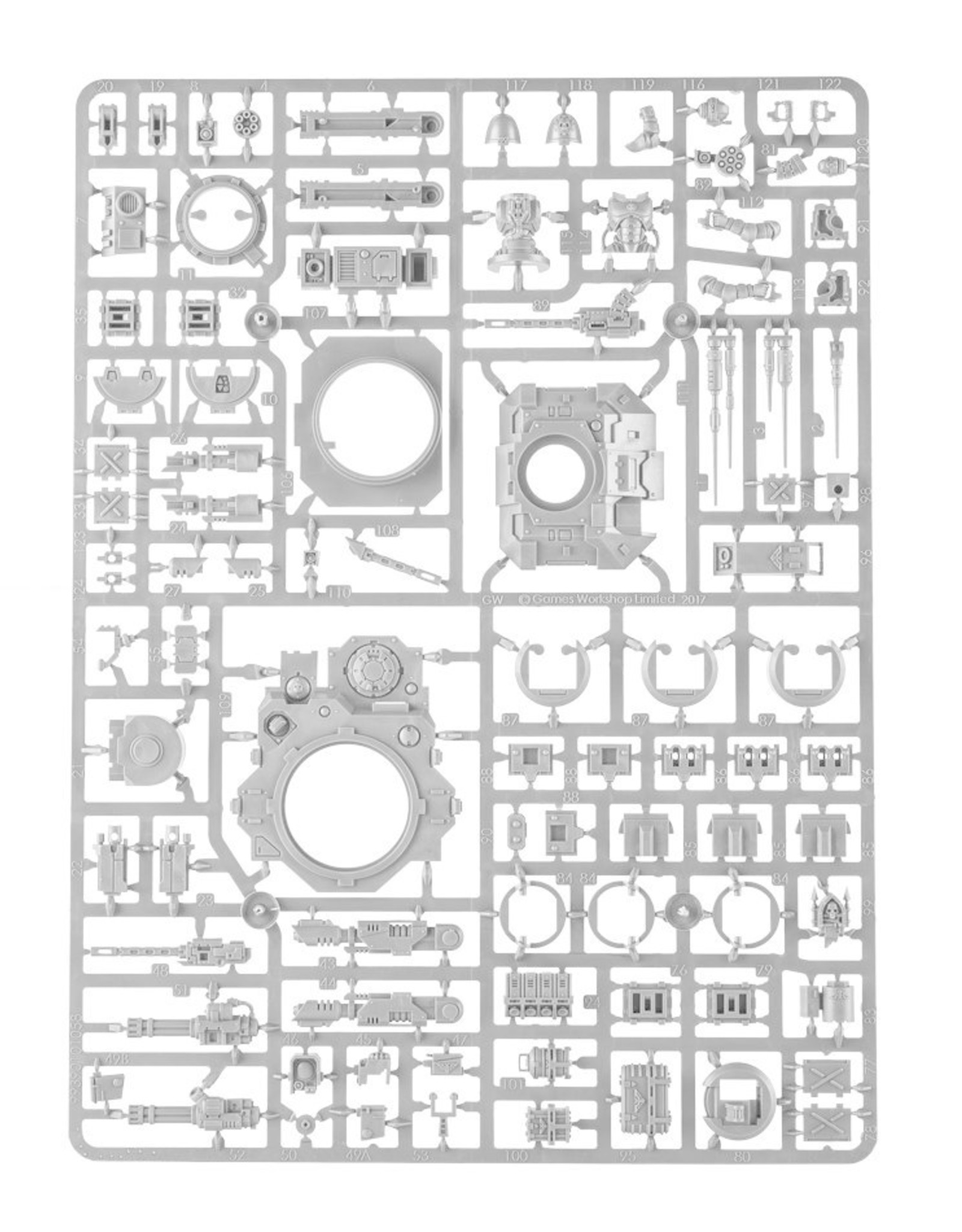 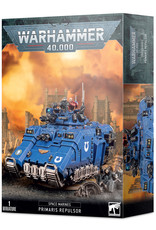 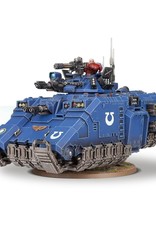 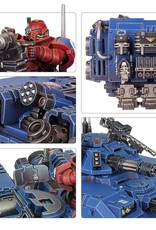 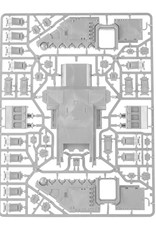 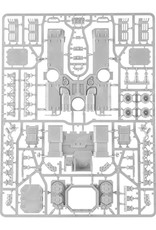 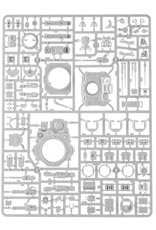 The Repulsor armoured transport is a deadly combination of manoeuvrability and raw brute force. Due to the turbine array at its rear, it has tremendous motive power, held aloft by powerful anti-gravitic generators. The Repulsor is so heavily armed and armoured that is doesn’t skim over the landscape but instead crushes the ground below it. The tank grinds forward with a deep bass thrum, reducing rock to gravel and fallen bodies to smears of gore and powdered bone.

This multi-part plastic kit contains the components necessary to assemble a Space Marines Primaris Repulsor, an armoured transport not only capable of ferrying 10 Primaris Space Marines into battle, but also defending itself with the vast array of weaponry at its disposal. The Repulsor has a choice of:

The repulsor is also equipped with a pair of krakstorm grenade launchers and may take an additional ironhail heavy stubber.

The body of the Repulsor itself features numerous modelling options – there are 6 stowage assemblies, which are entirely modular, configurable in countless different ways with cases of grenades and rocket pods modelled open or closed. The top hatch can be modelled closed or open; should you choose the open option, you can place a Tech-marine in the hatch either pointing toward the foe or operating the pintle-mounted weapon. There are also the usual details you would expect from an Imperial craft – lights, radar arrays, huge exhaust vents and an aquila displayed proudly at the fore.