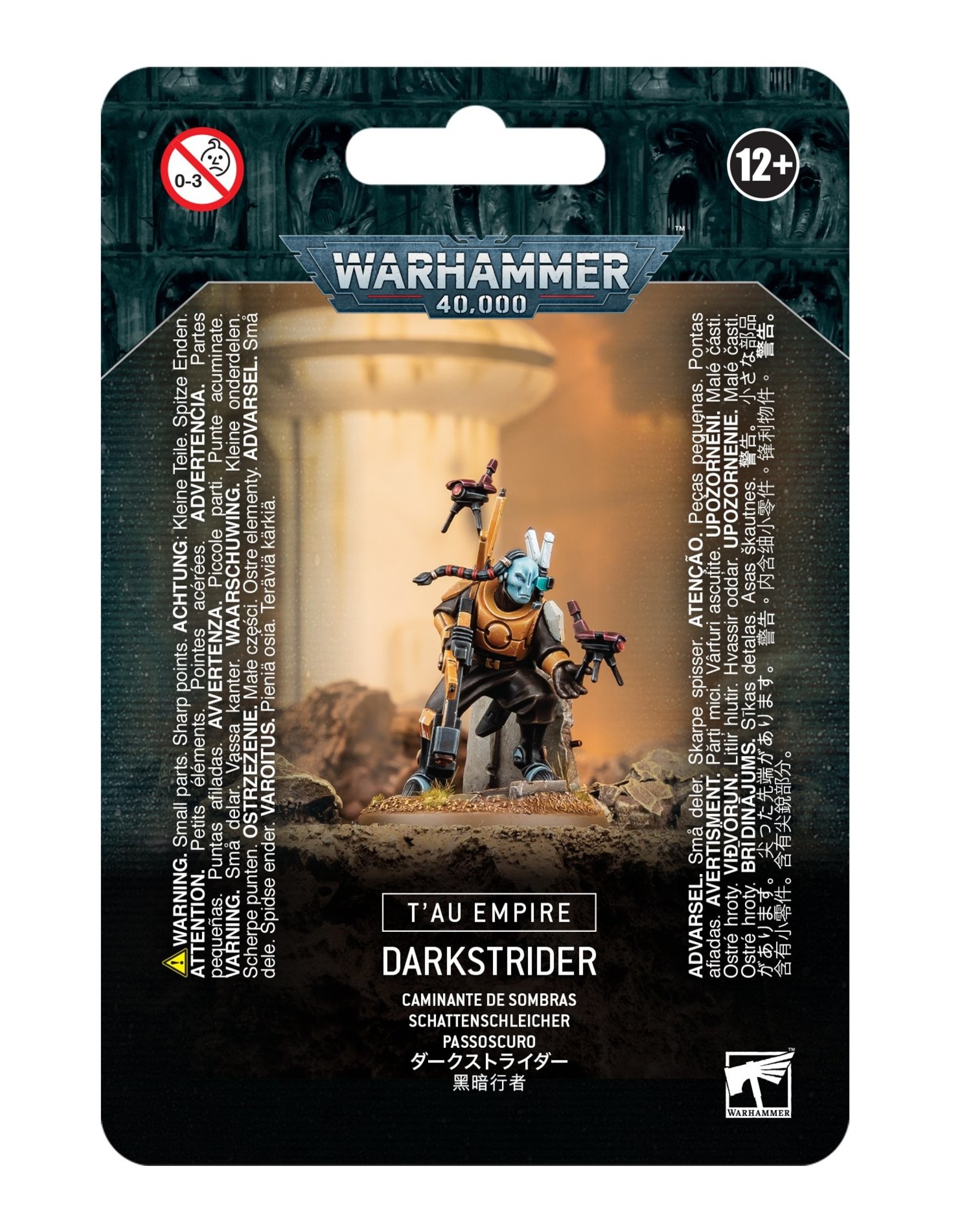 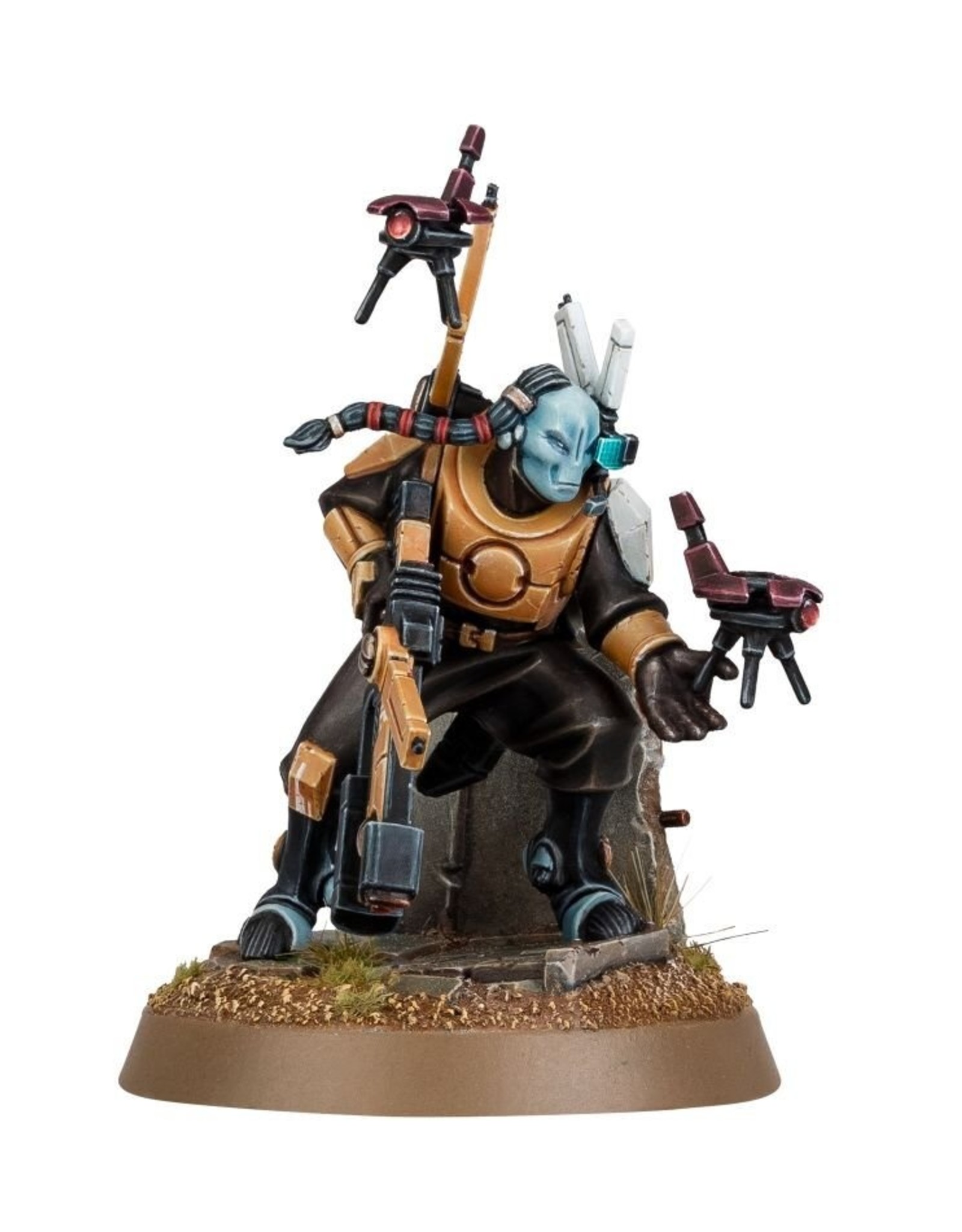 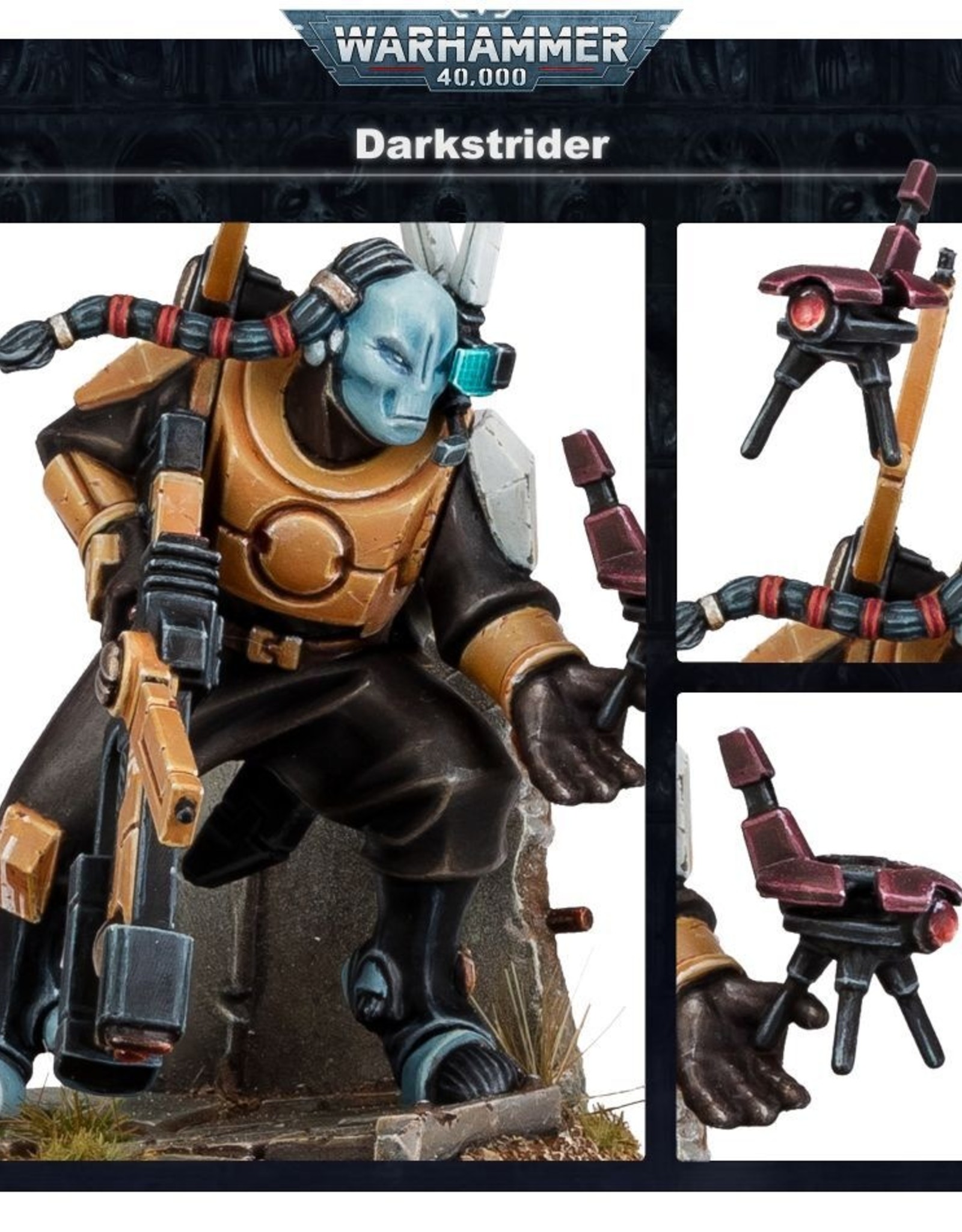 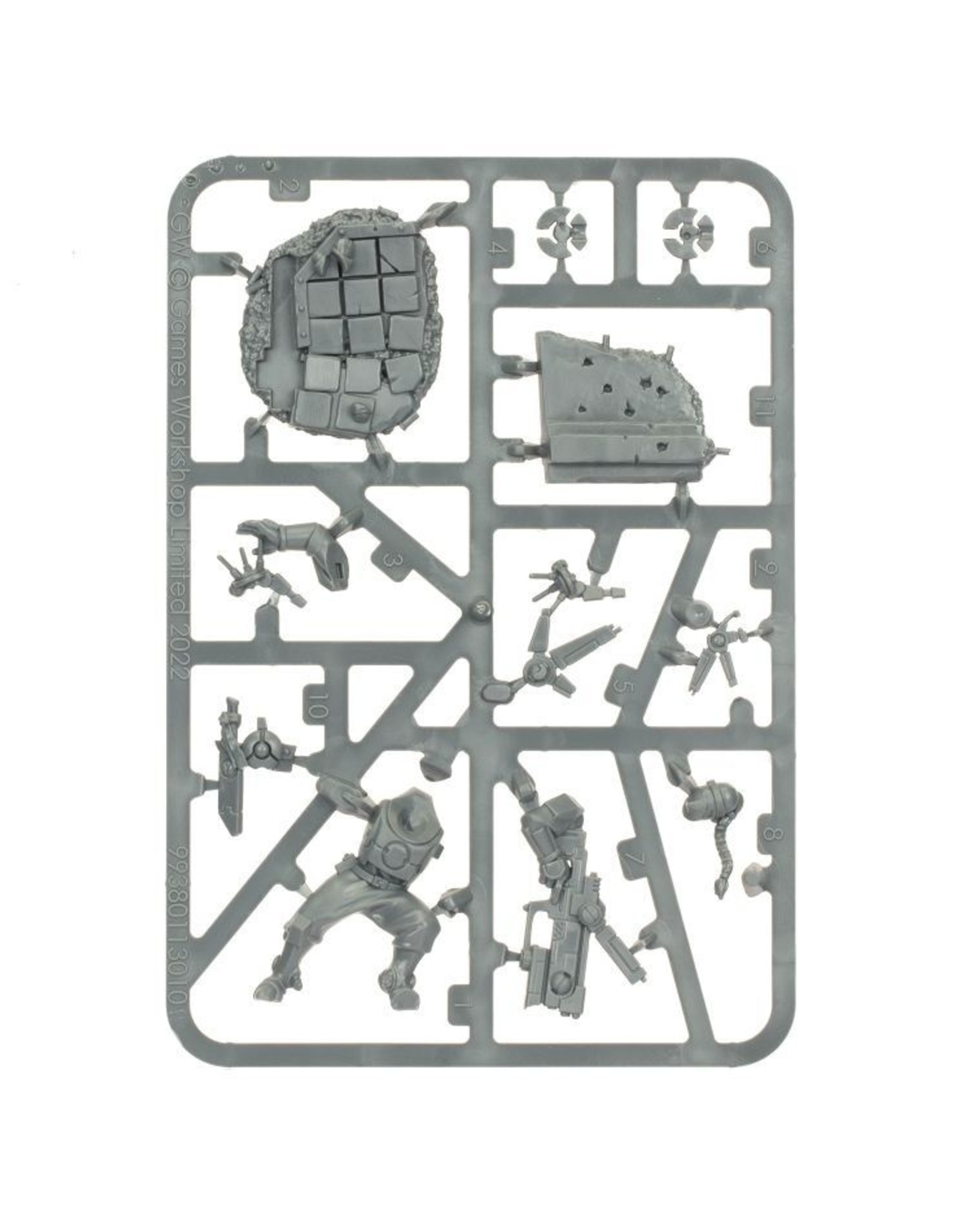 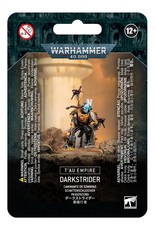 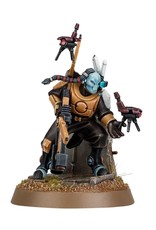 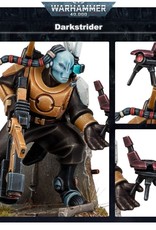 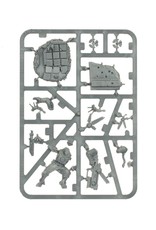 As much a maverick as he is a master of covert operations, Sub-commander E’Myamoto is a formidable leader of stealth and sabotage missions. His structural analyser allows him to pinpoint the weak spots of even the most indomitable enemies. Meanwhile, his expertise in guerilla warfare renders his forces all the more deadly.

Command your T'au Empire forces with the legendary Darkstrider, a skilled Pathfinder who has refused numerous promotions to remain with his comrades. Making use of the T'au Empire's advanced technology, Darkstrider is able to highlight the weak points of hostile targets, allowing his allies to destroy them with impressive efficiency. Darkstrider himself attacks with Shade, a powerful custom pulse weapon.