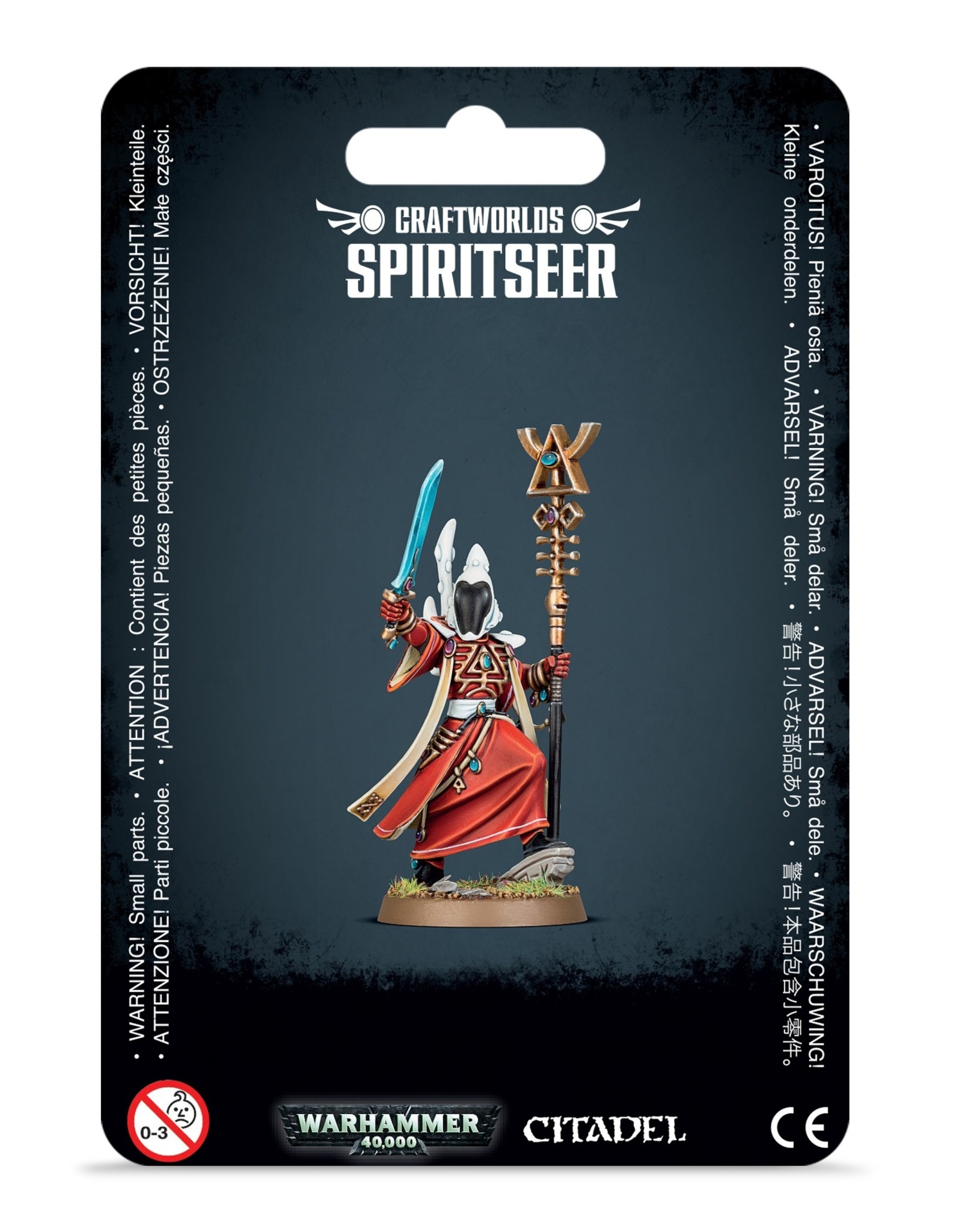 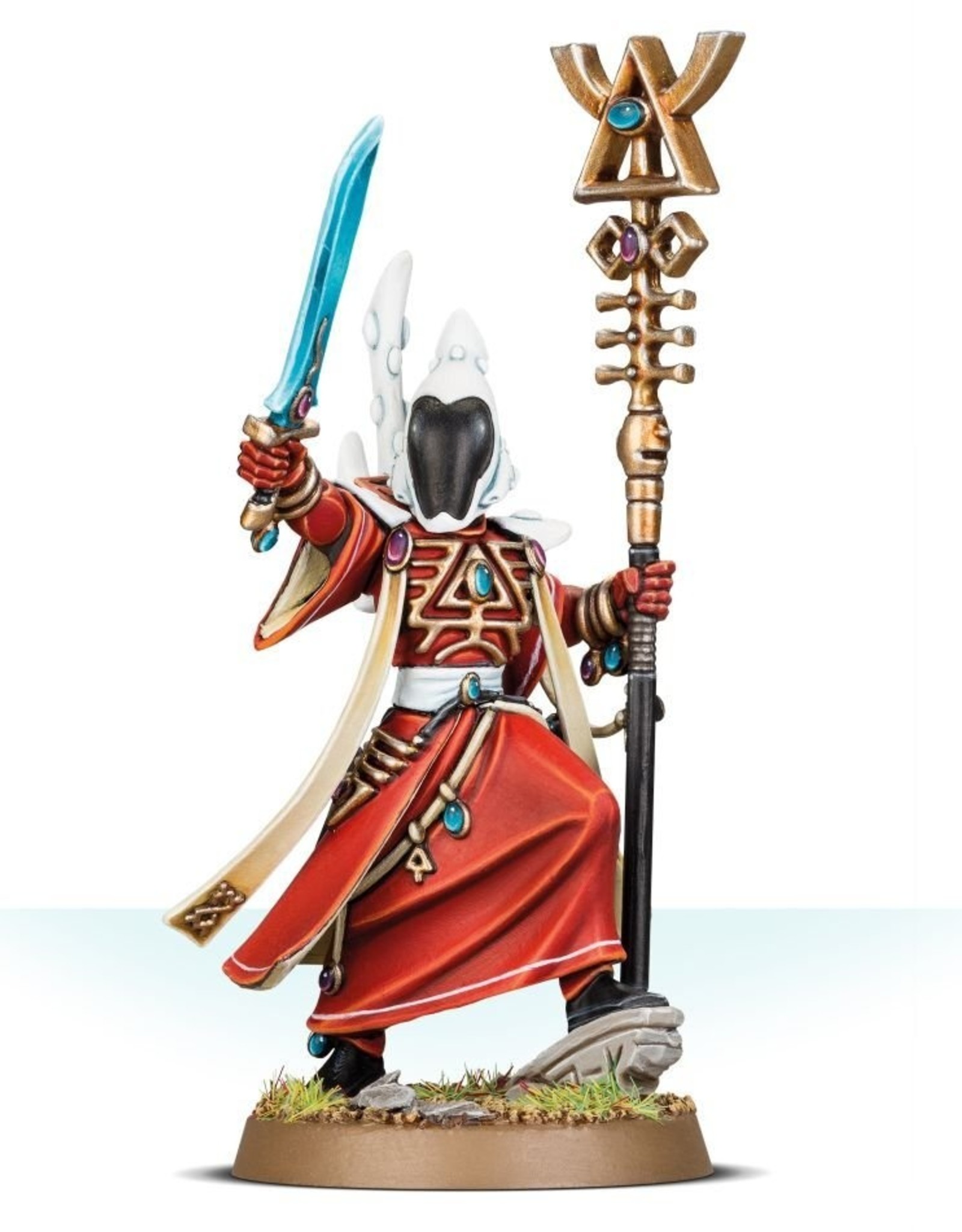 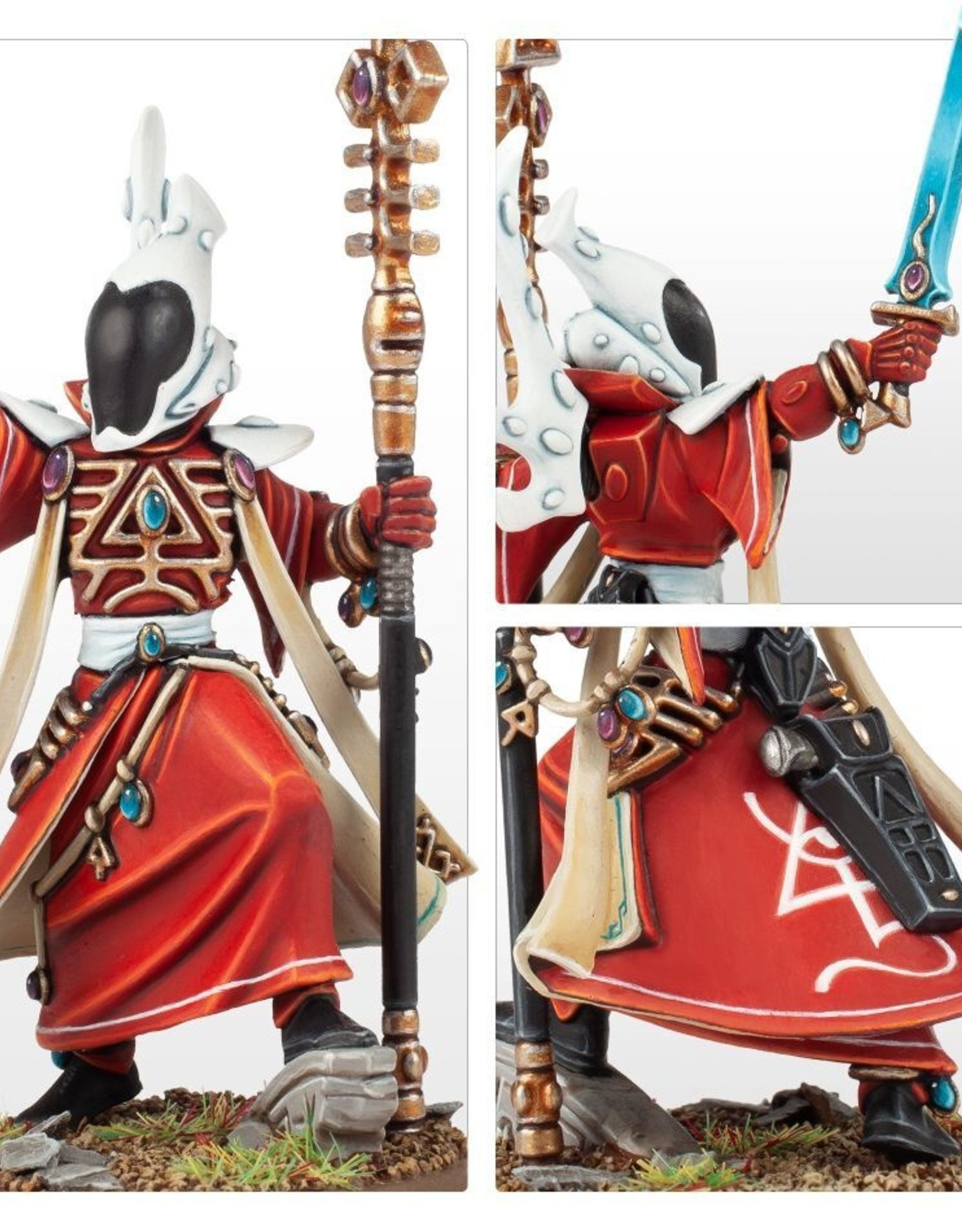 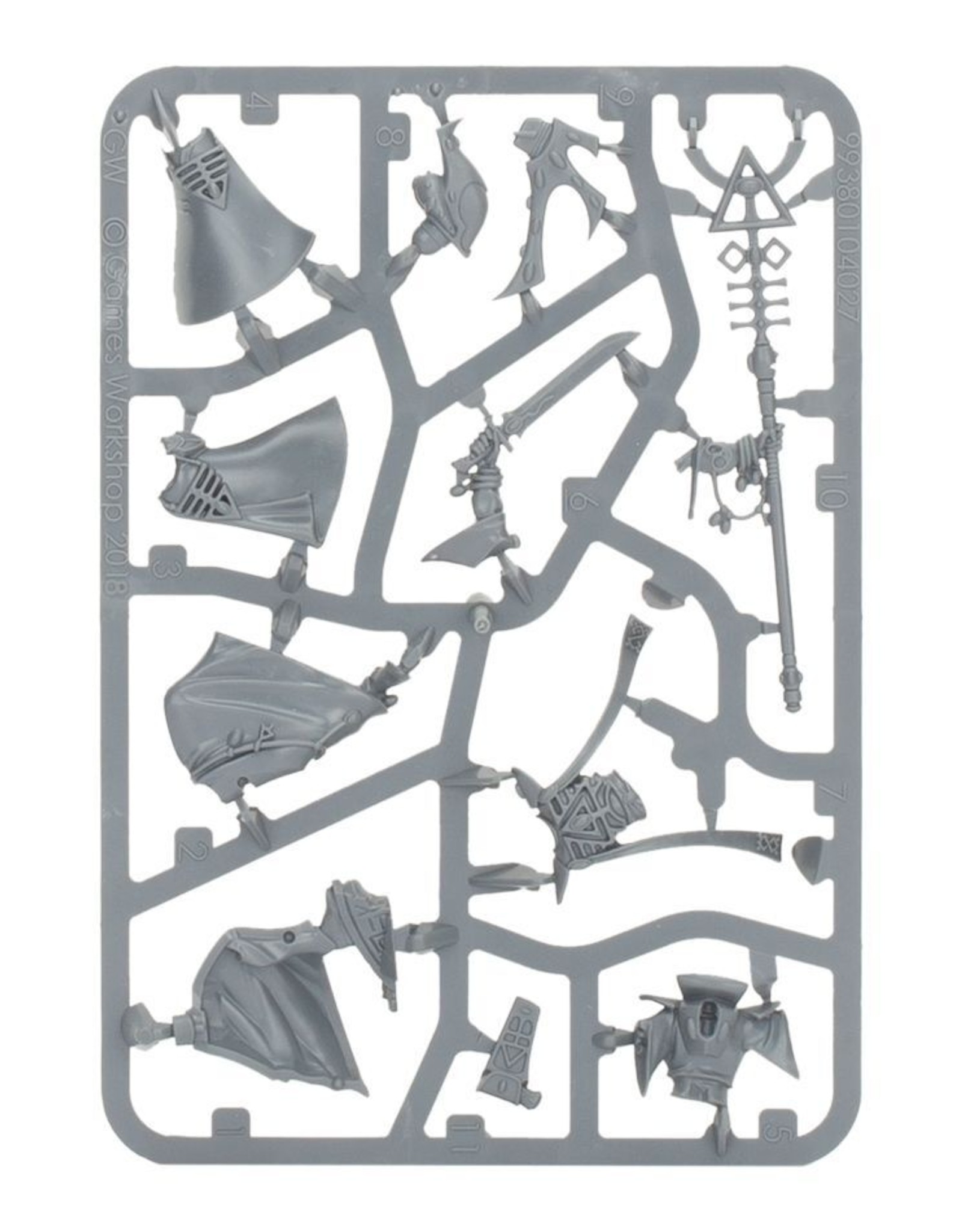 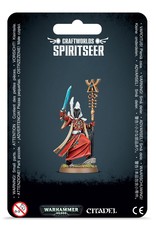 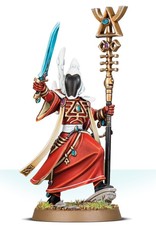 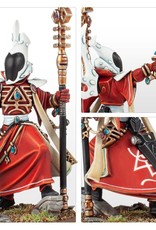 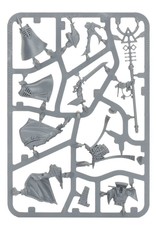 Spiritseers are those upon the Witch Path who are called to commune with the dead – a chilling concept, even amongst the Asuryani. Although their main task is to shepherd wraithbone constructs to battle, a Spiritseer can also use their psychic abilities to aid the greater Asuryani warhost. By their eldritch powers are friendly troops enshrouded in mist, or foes illuminated or struck down with mystic bolts of energy.

A Spiritseer is an HQ choice available to the Craftworld Aeldari – known as the Asuryani – though they can also be called upon to join the Ynnari. Each is a skilled psyker on the battlefield, able to wield powers from the Ruins of Battle discipline. They work especially well alongside Spirit Host units such as Wraithguard and towering Wraithknights, where the Spiritseer’s otherworldly Spirit Mark will enhance the accuracy of the mighty ghost warriors.

A Spiritseer stands with one foot planted on a ruined piece of architecture. The miniature carries a witch staff in one hand and an Aeldari blade in the other. A shuriken pistol rests in a holster attached to the Spiritseer’s sash.