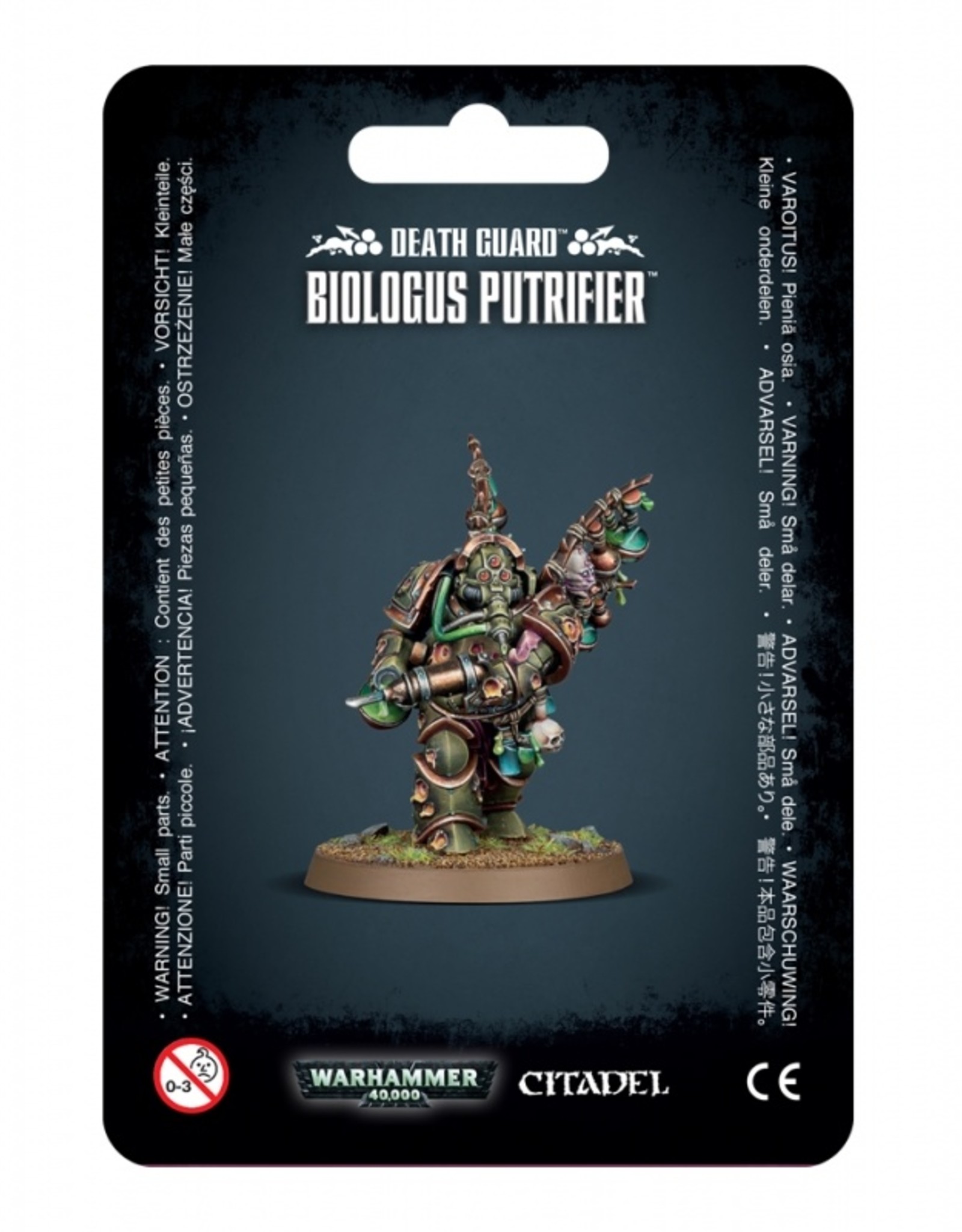 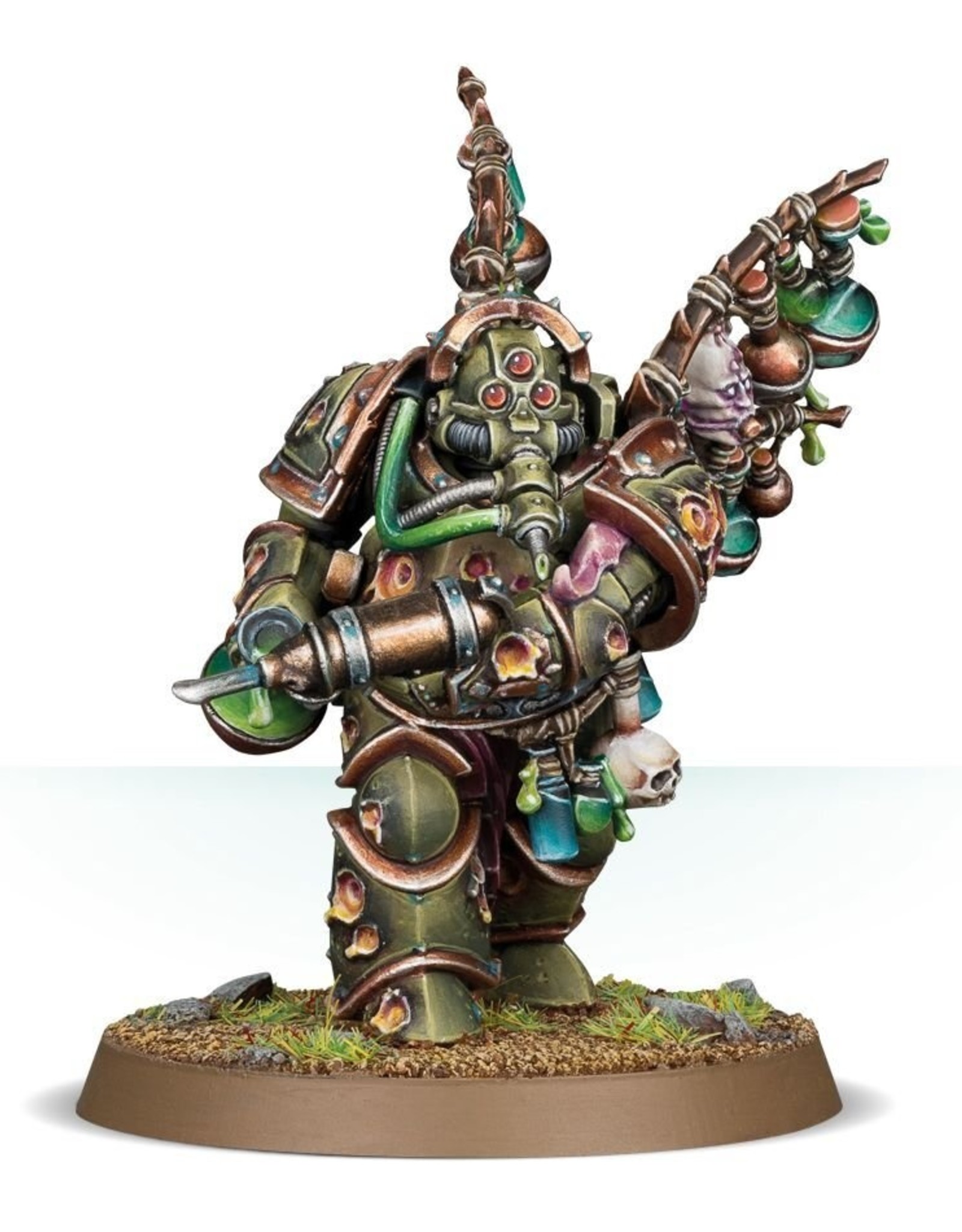 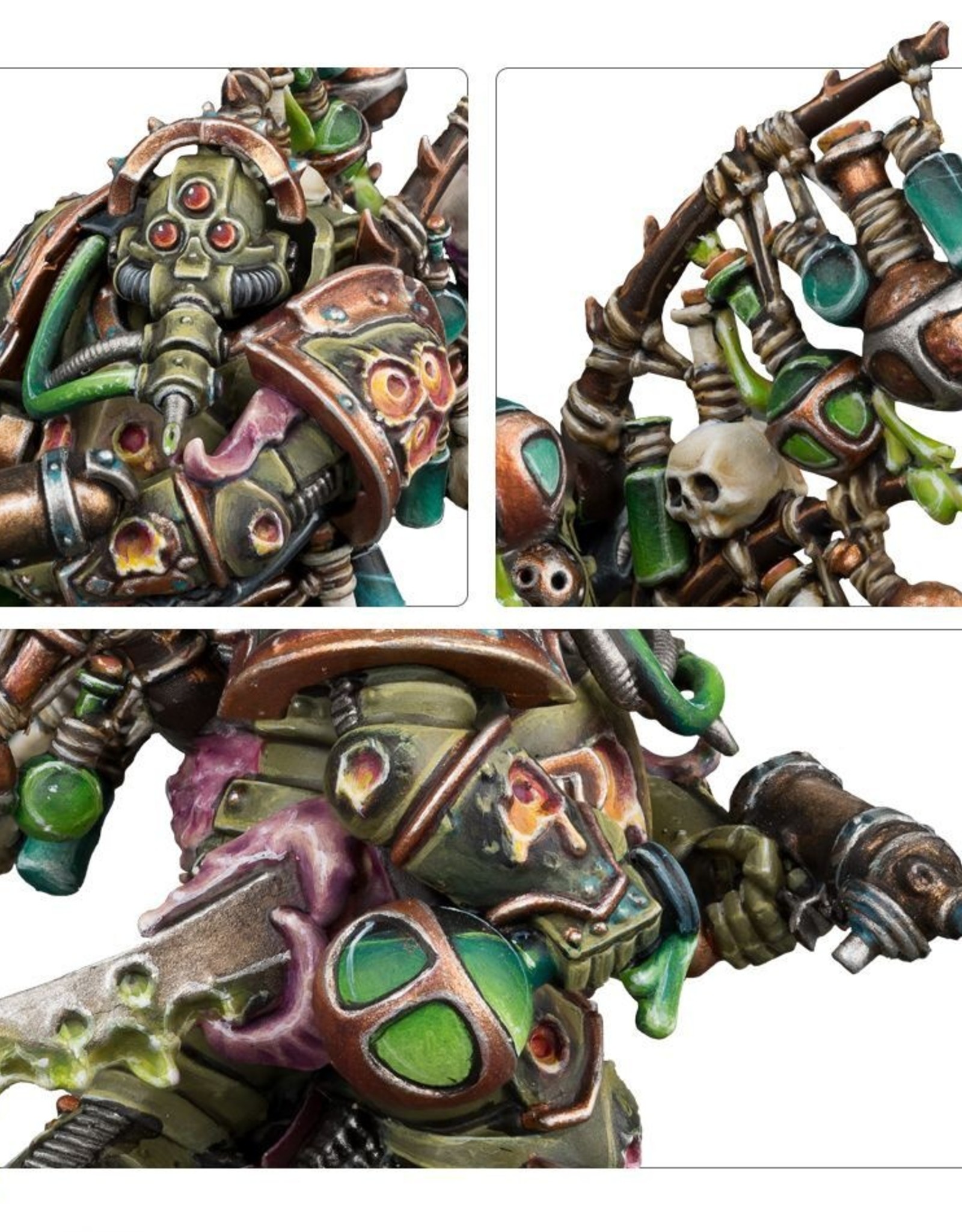 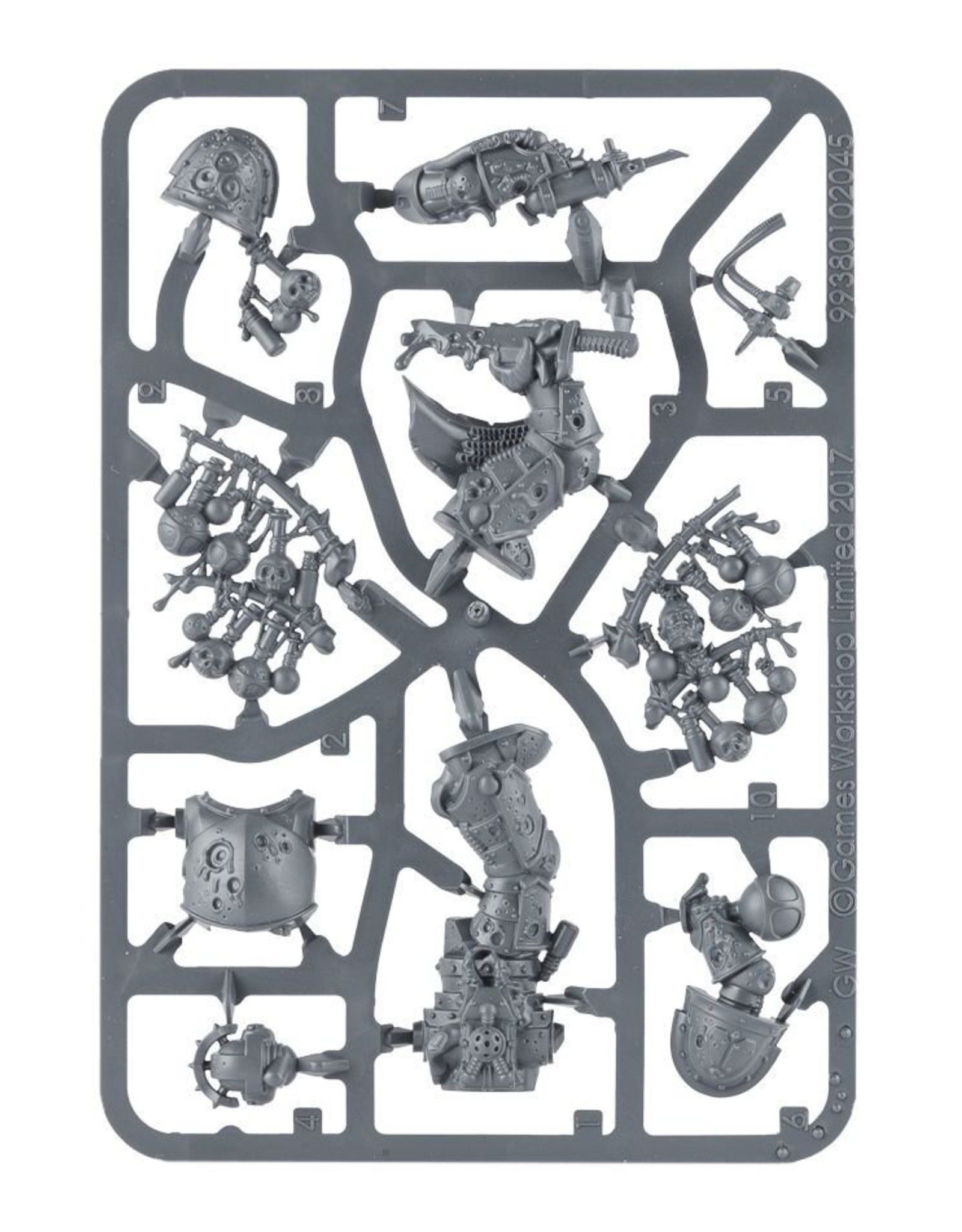 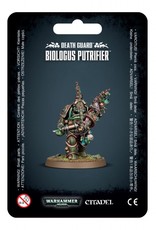 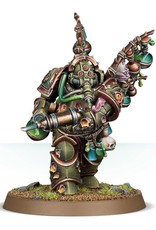 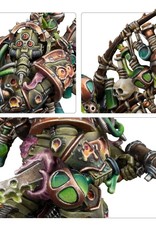 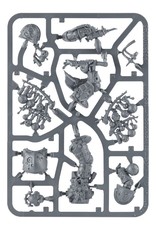 The great labour of the Death Guard is to spread Nurgle’s bounteous gift to every corner of realspace. The Biologus Putrifiers have a vital role to play in this process, for it is they who refine the batches of diseased slurry brewed by the Foul Blightspawn, and distil them to the utmost potency. From their backs dangle racks of blight grenades, churning with the latest strains of noxious plagues. With each volley of hurled ordnance, their epidemic spreads; injector pistols unleashing concentrated doses of foulness into their targets.

This multi-part plastic kit contains the components necessary to assemble a Biologus Putrifier. He’s clad in the usual corrupted, rusting armour of the Death Guard, with plenty of the Nurgle symbolism and sinister emerging tentacles you’d expect (as well as burn marks and melting panels, possibly due to the caustic potions he experiments with) – but the standout feature is the enormous rack of blight grenades that hangs from his back, covered in a dozen or more plague-filled explosive containers ripe for the picking. He wields an injector pistol, with which he is posed in the act of reloading with a vial of some unpleasant concoction; a tentacle also grips a plague knife. Even the breathing apparatus on his helmet features a proboscis-like extrusion – all the better for sensing the results of his experiments.