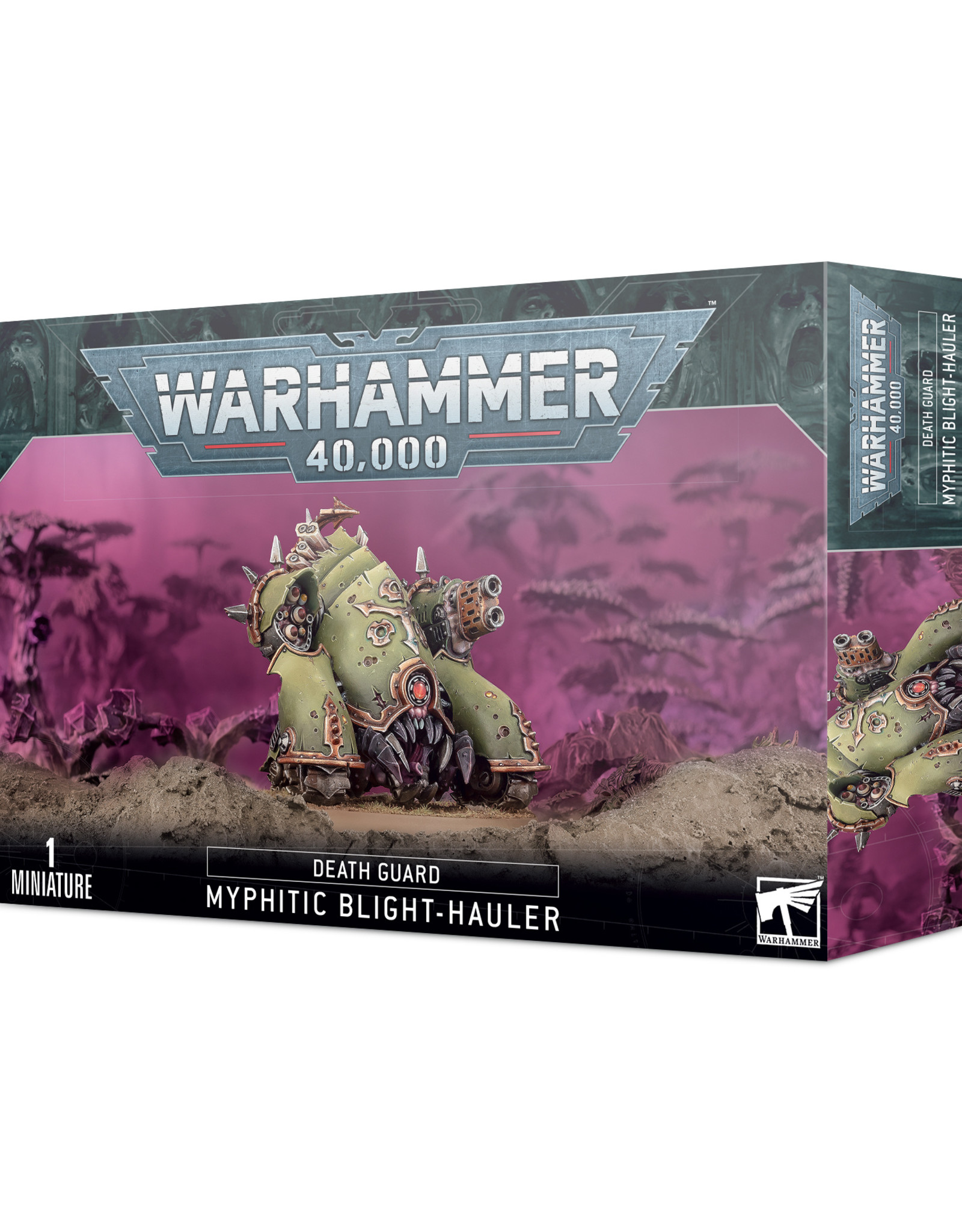 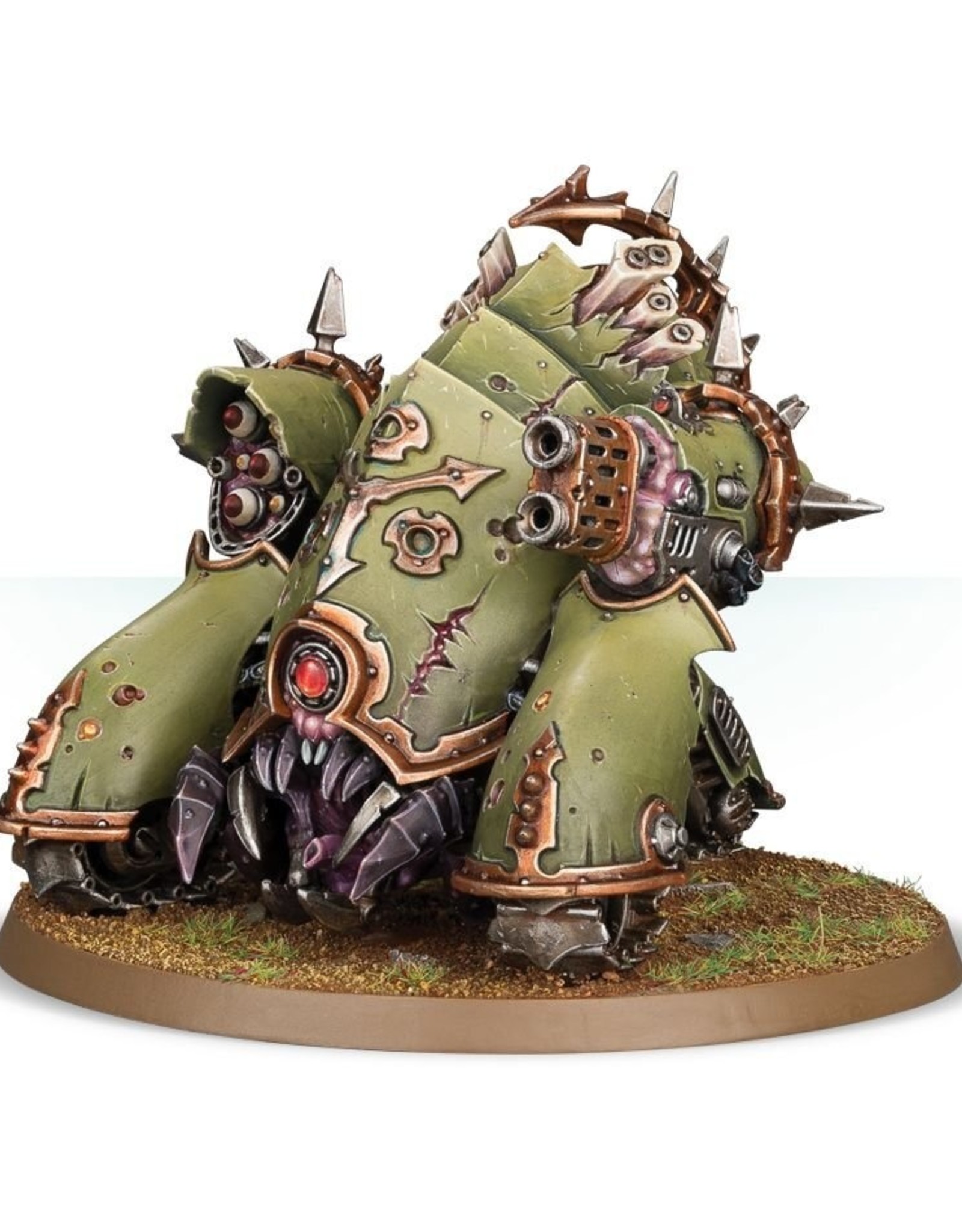 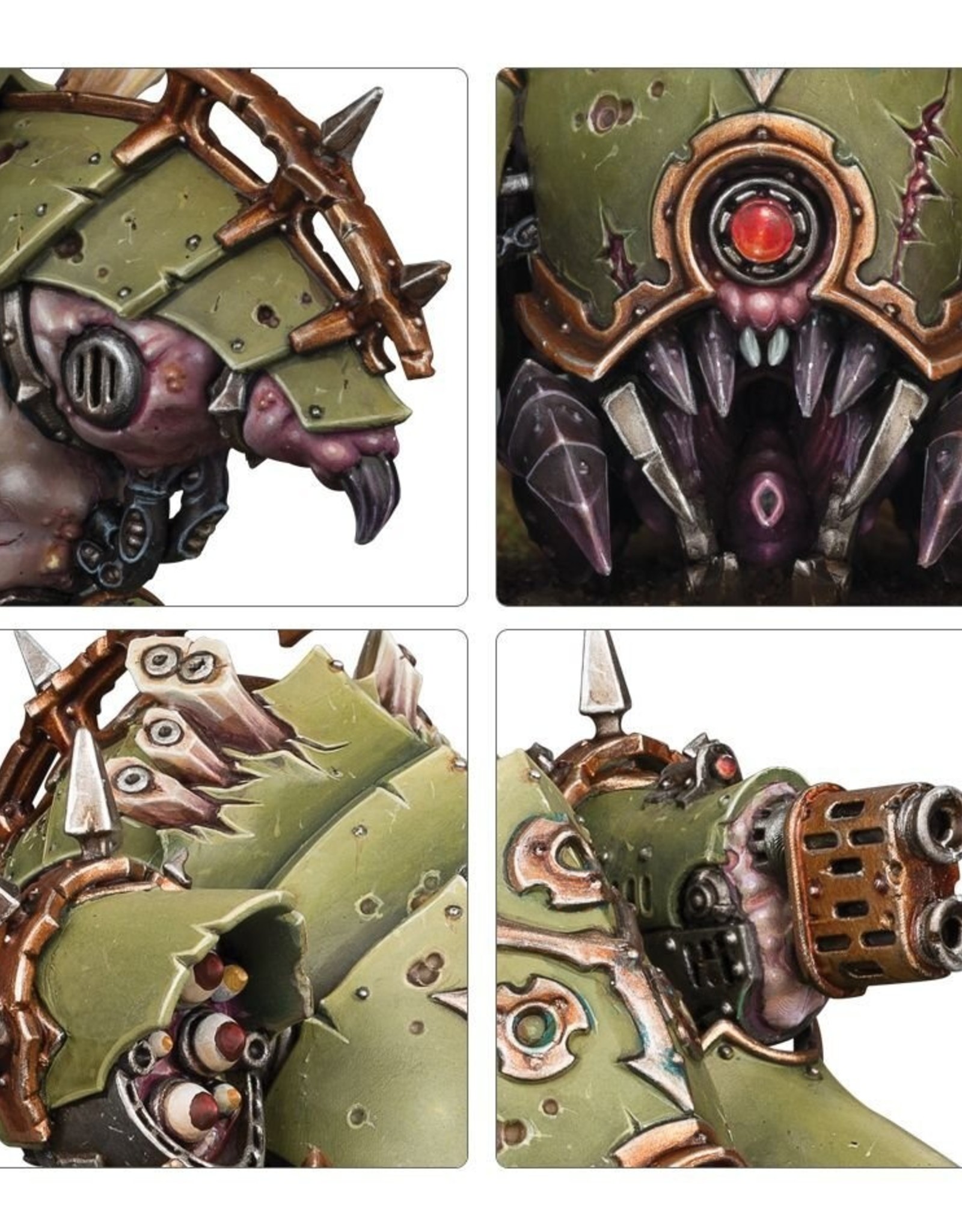 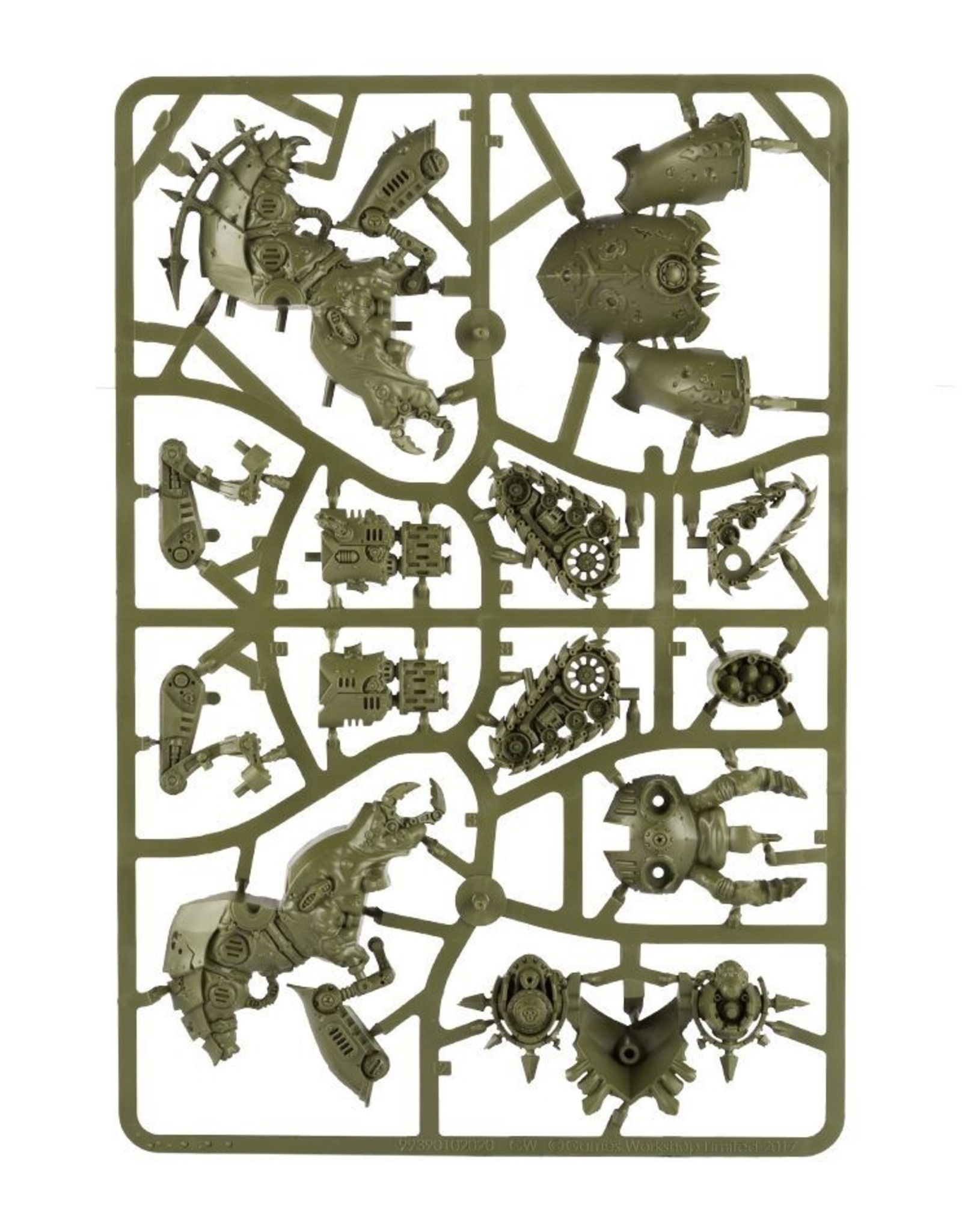 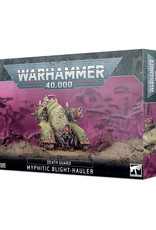 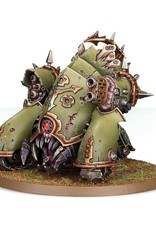 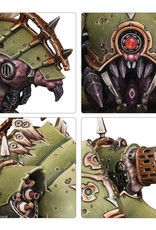 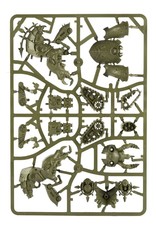 Powering into battle on a trio of articulated track units, the Myphitic Blight-hauler is a light Daemon Engine that provides the Death Guard with heavy firepower wherever it is needed. Resembling a Bloat-drone that has been stripped of its turbines, this strange machine has heavy weapons mounted on its carapace, and its rusting armoured plates can absorb impressive punishment – as can its blubbery exposed flesh-parts, which soak up appalling trauma.

Designed to be as easy as possible to assemble for new hobbyists while being detailed enough for the hardiest veteran to appreciate, this kit is an Easy To Build Death Guard Myphitic Blight-hauler. Push-fit, with no glue required, this is incredibly straightforward to put together and comes on a pre-coloured green plastic sprue.

The Myphitic Blight-hauler is an unpleasant combination of machine and putrid rotting meat. From the front, it resembles some grotesque armoured vehicle, with a curved carapace featuring the symbol of Nurgle and 2 large, covered tracks. Where this differs from an ordinary attack vehicle, however, is the toothed maw at the bottom. From the rear, the horror continues – a third track is visible, along with a mass of flabby flesh, bound into the machine with straps and metal. The Myphitic Blight-hauler is armed with a multi-melta and missile launcher, which are mounted either side of the carapace.