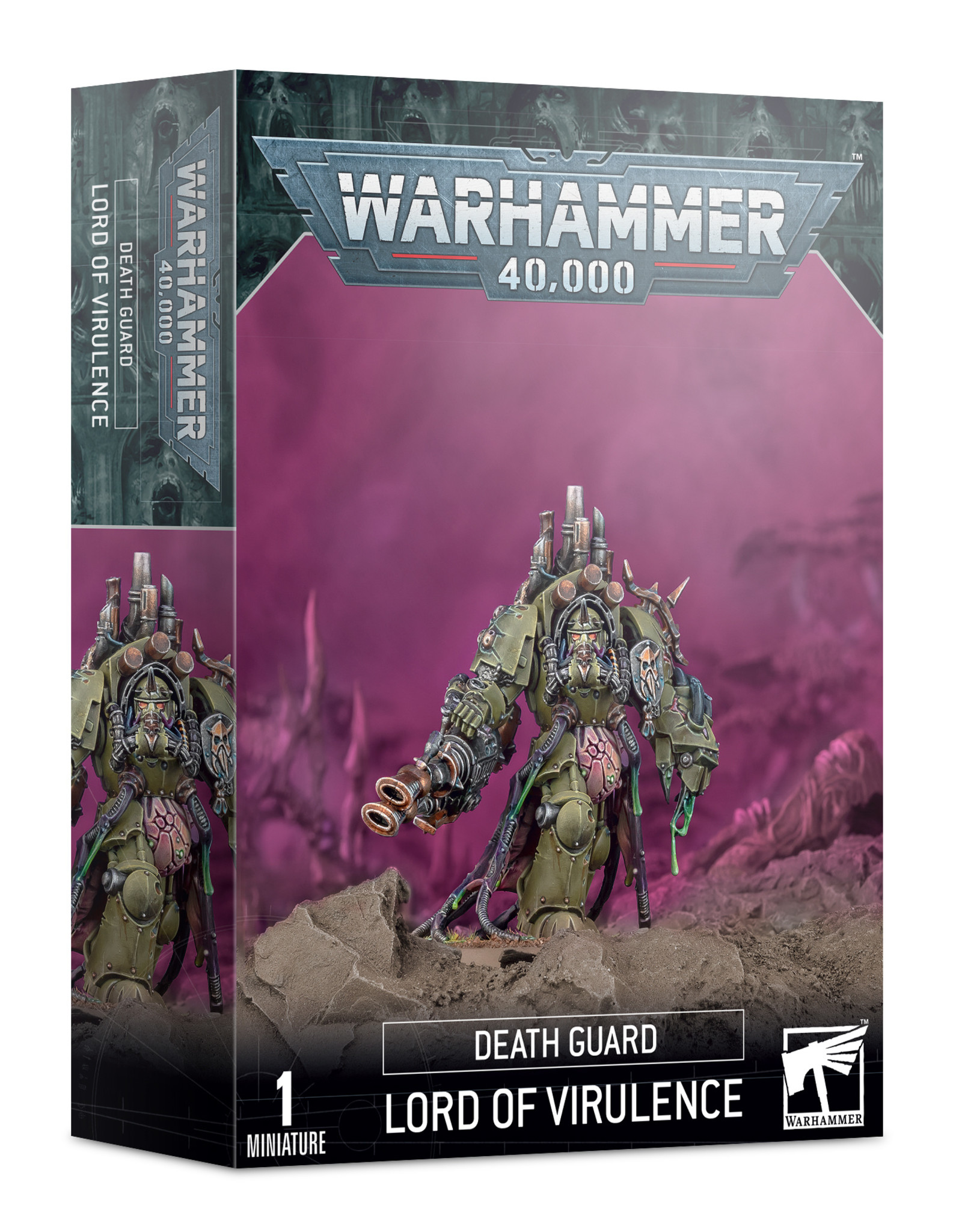 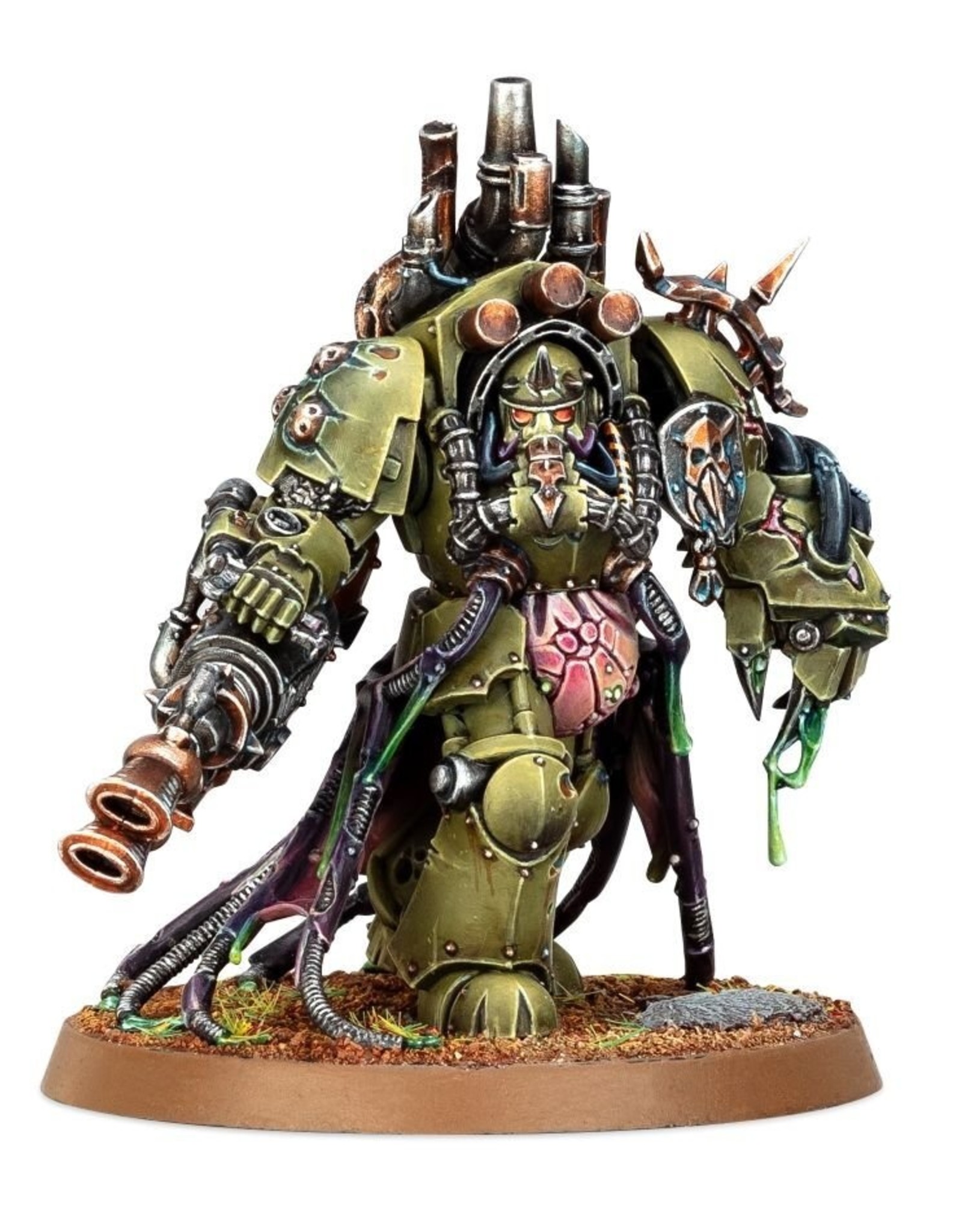 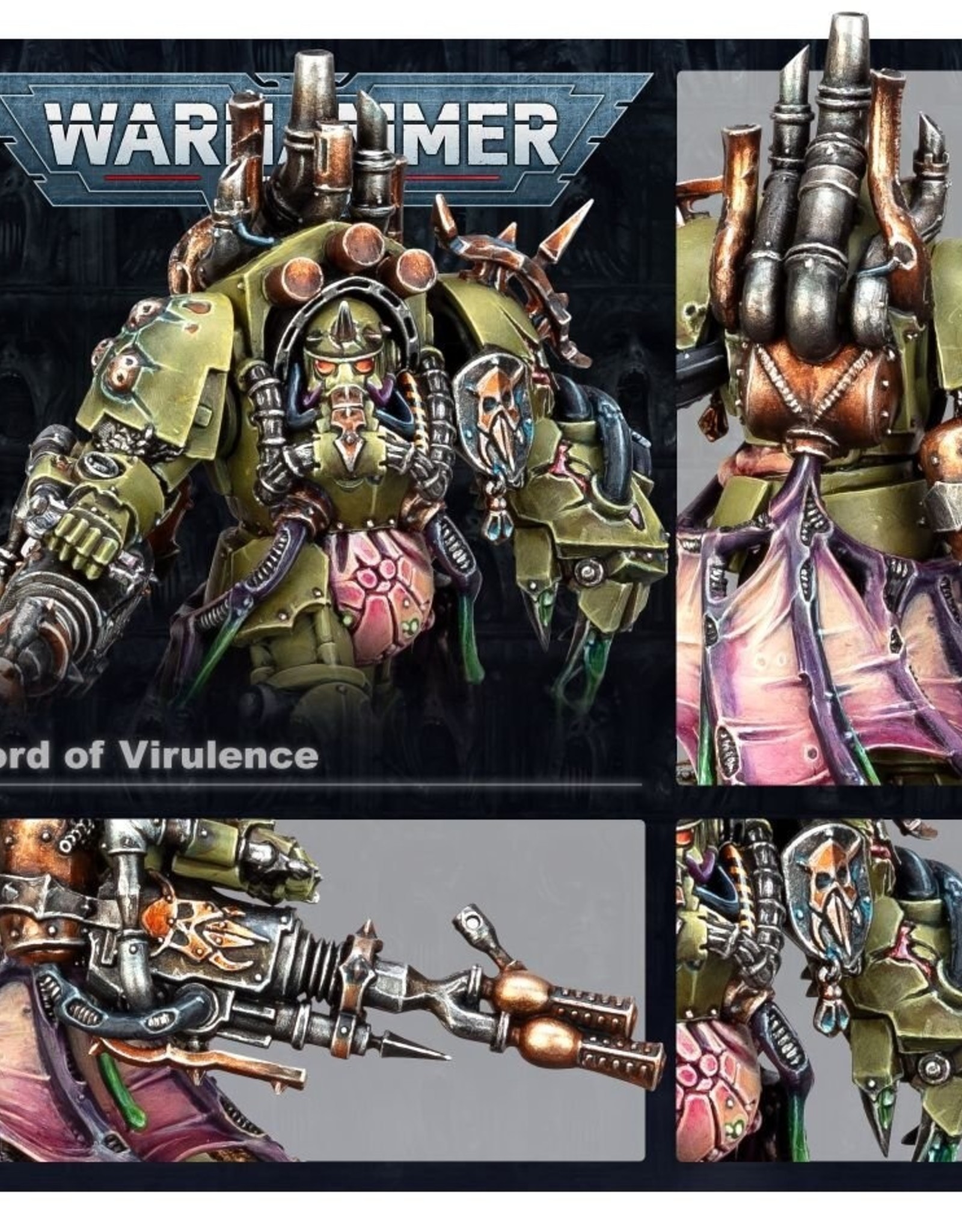 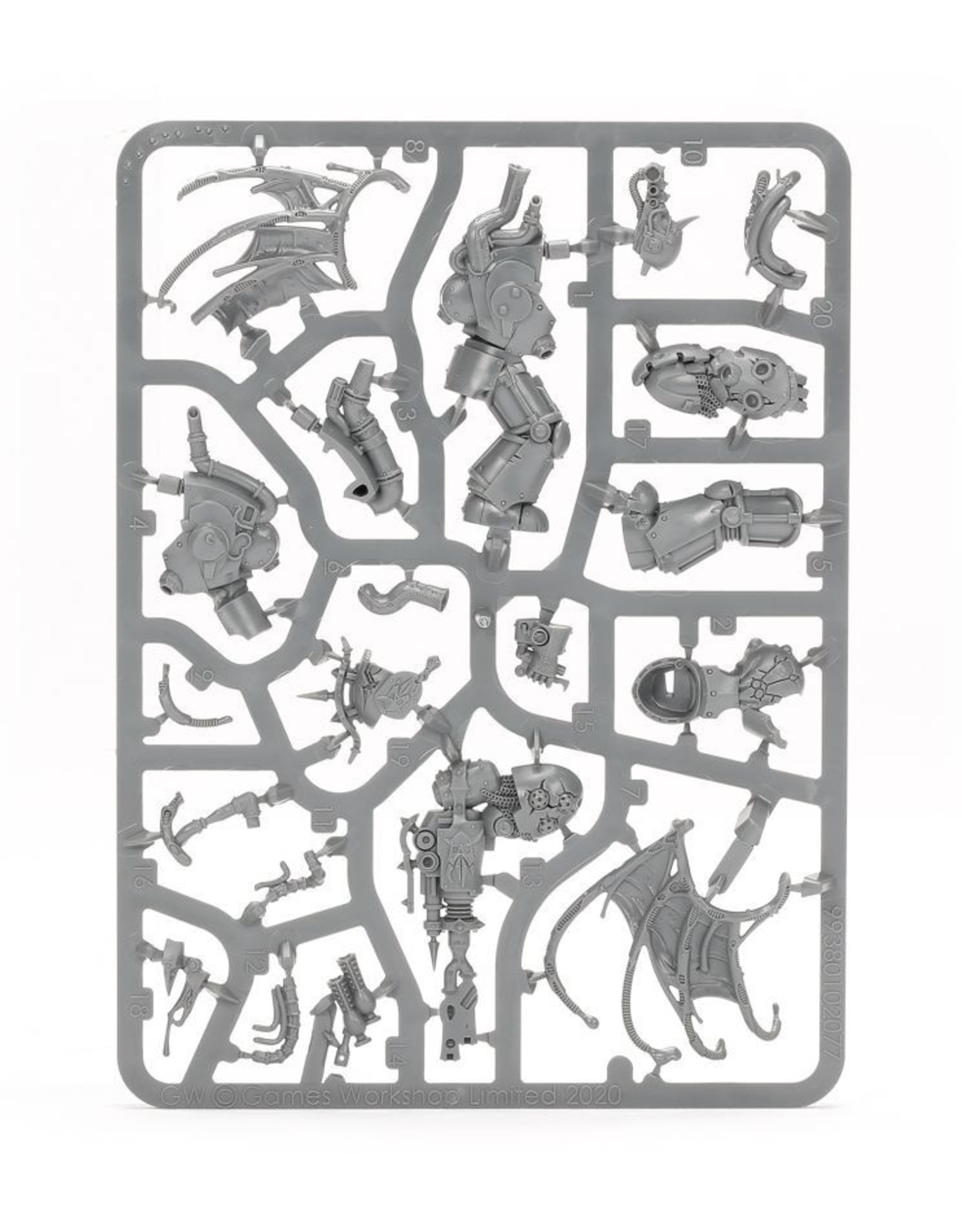 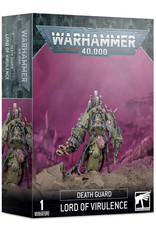 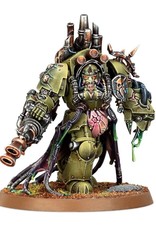 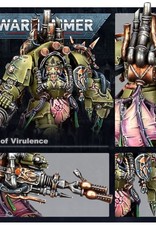 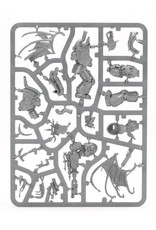 Tubes and pipes erupt in profusion from the Lord of Virulence’s armour. These gout noxious fumes are putrid eruptions whose hue and stench guide the fire of artillery engines behind the lines. In their wake, their flensefrond cloaks leave a trail of sickening mucosal slime for hungry Daemon Engines to follow.

Lead your Death Guard army with the disgustingly awesome Lord of Virulence. Clad in his mutilated Terminator armour, he is adorned with the signs of symbols of Grandfather Nurgle's many blessings. Armed with a twin plague spewer and plague claw, he is ready to spread these diseases across the galaxy. Covered in many different textures, the Lord of Virulence makes both an excellent painting project and spearpoint for your next Death Guard invasion.