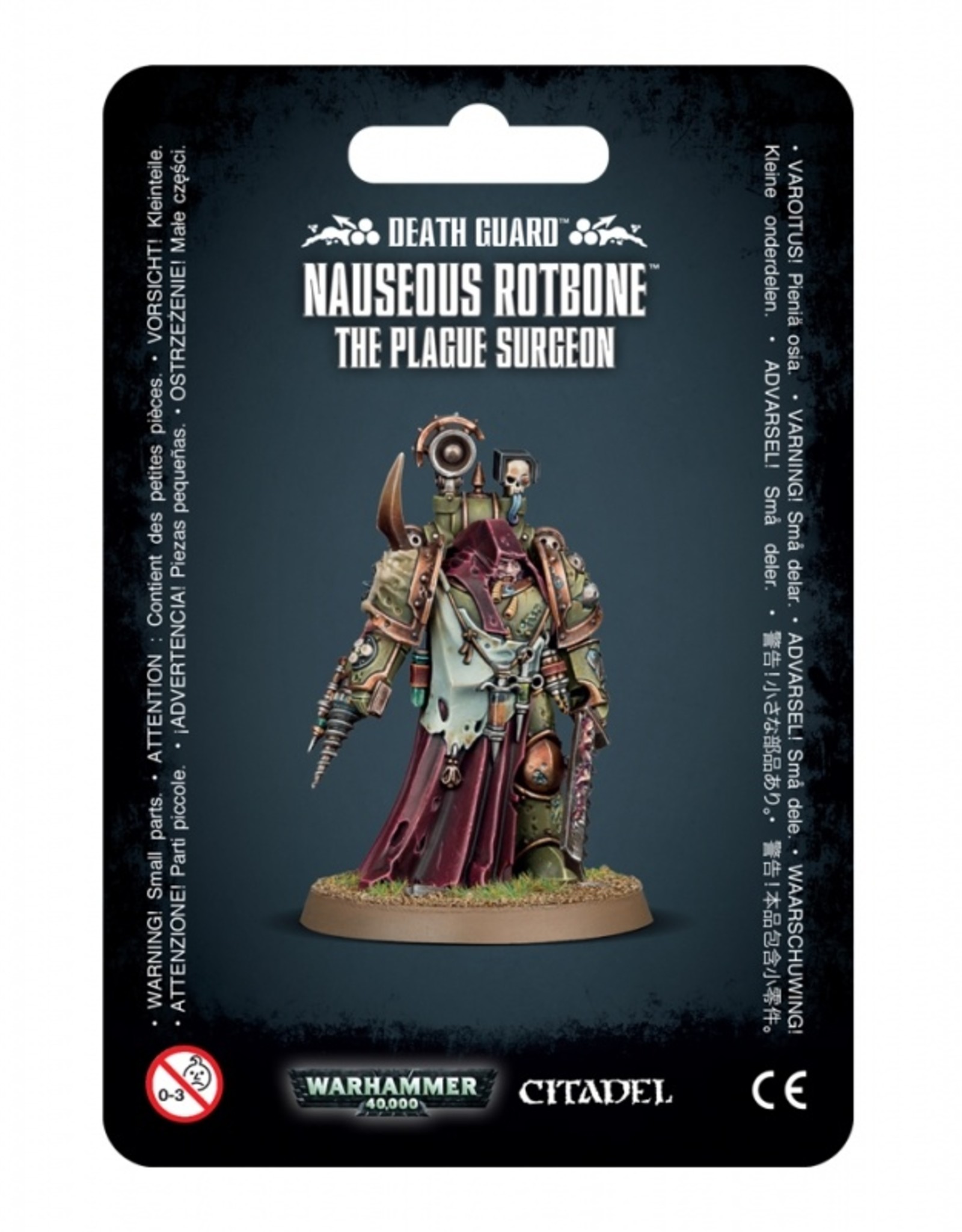 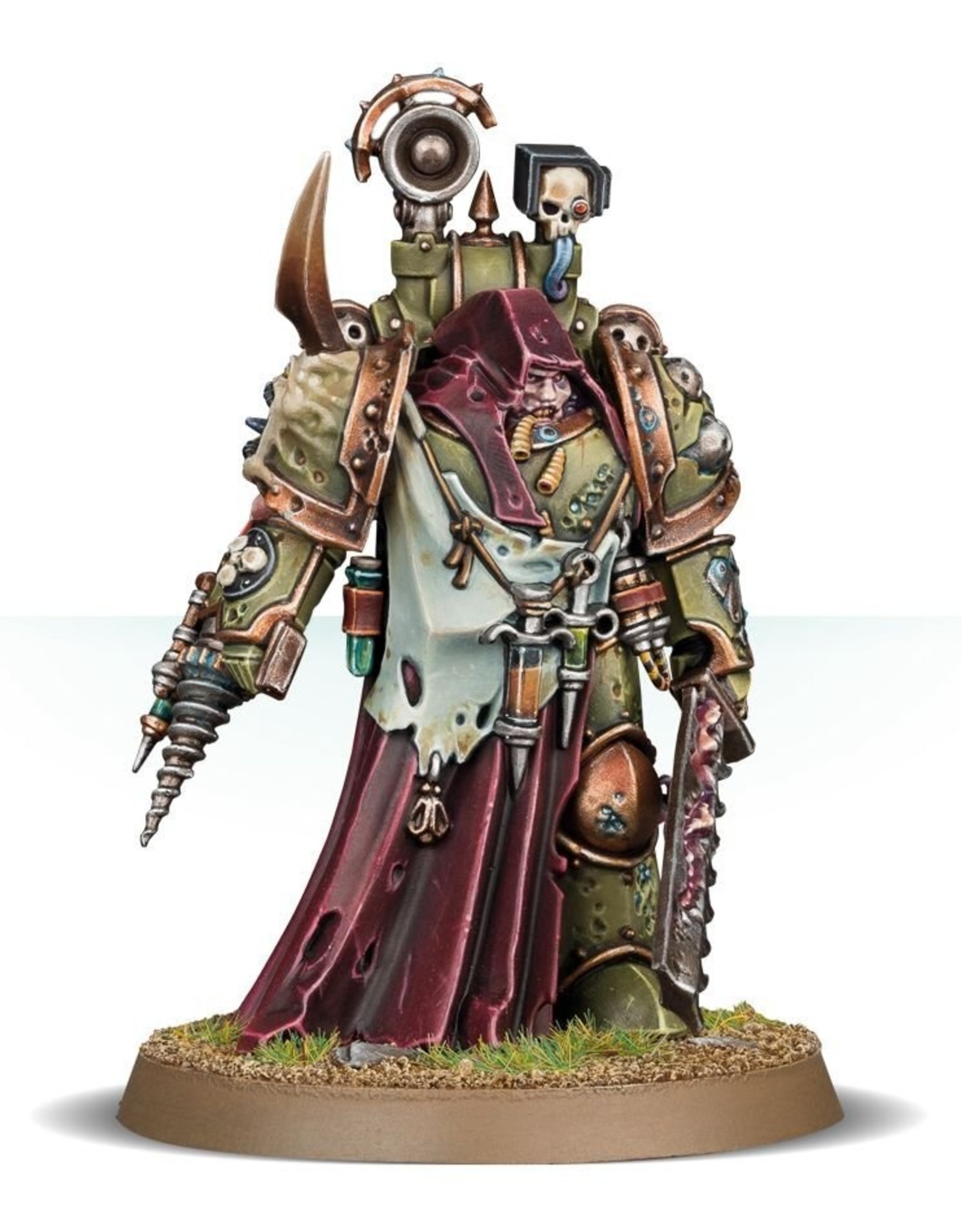 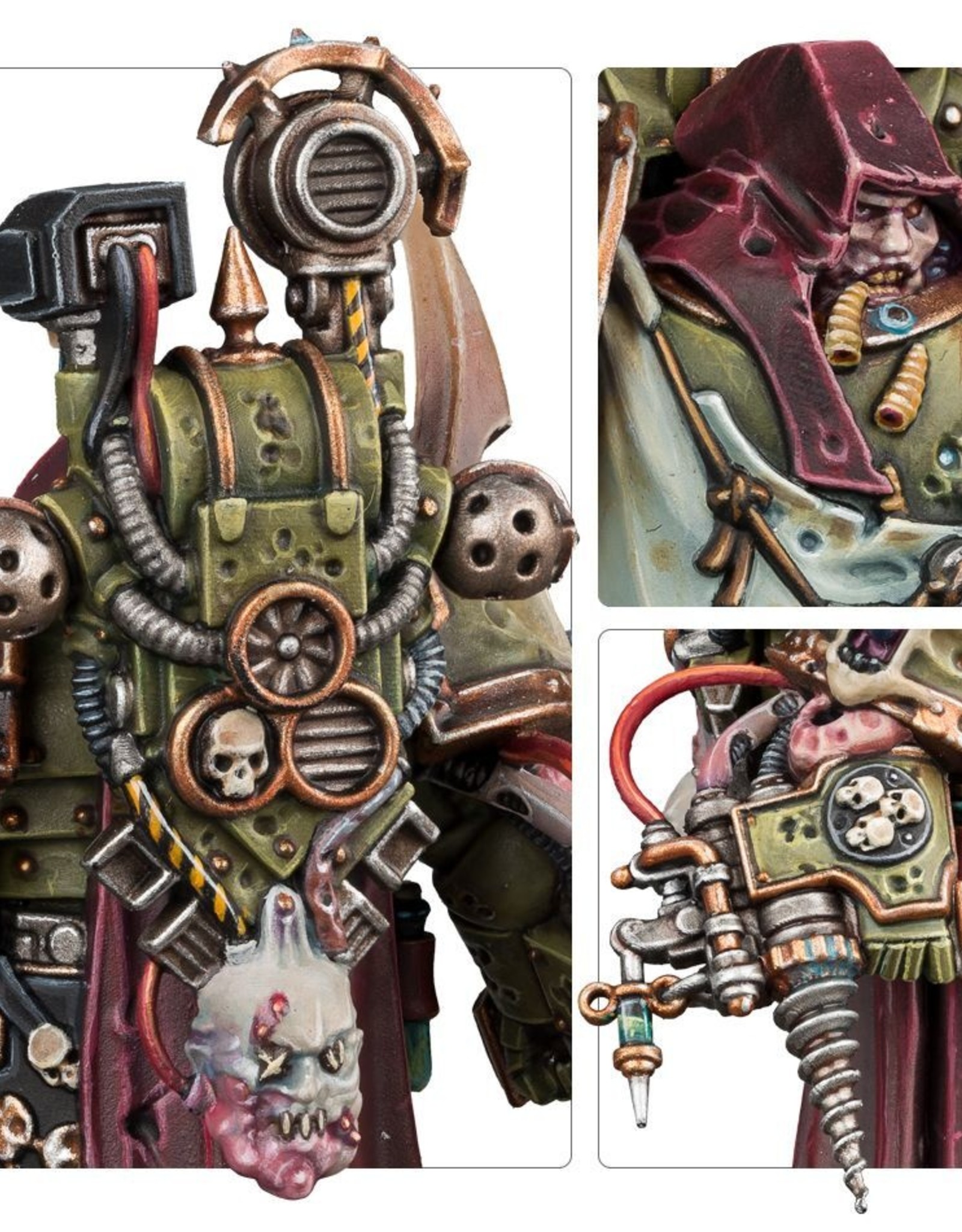 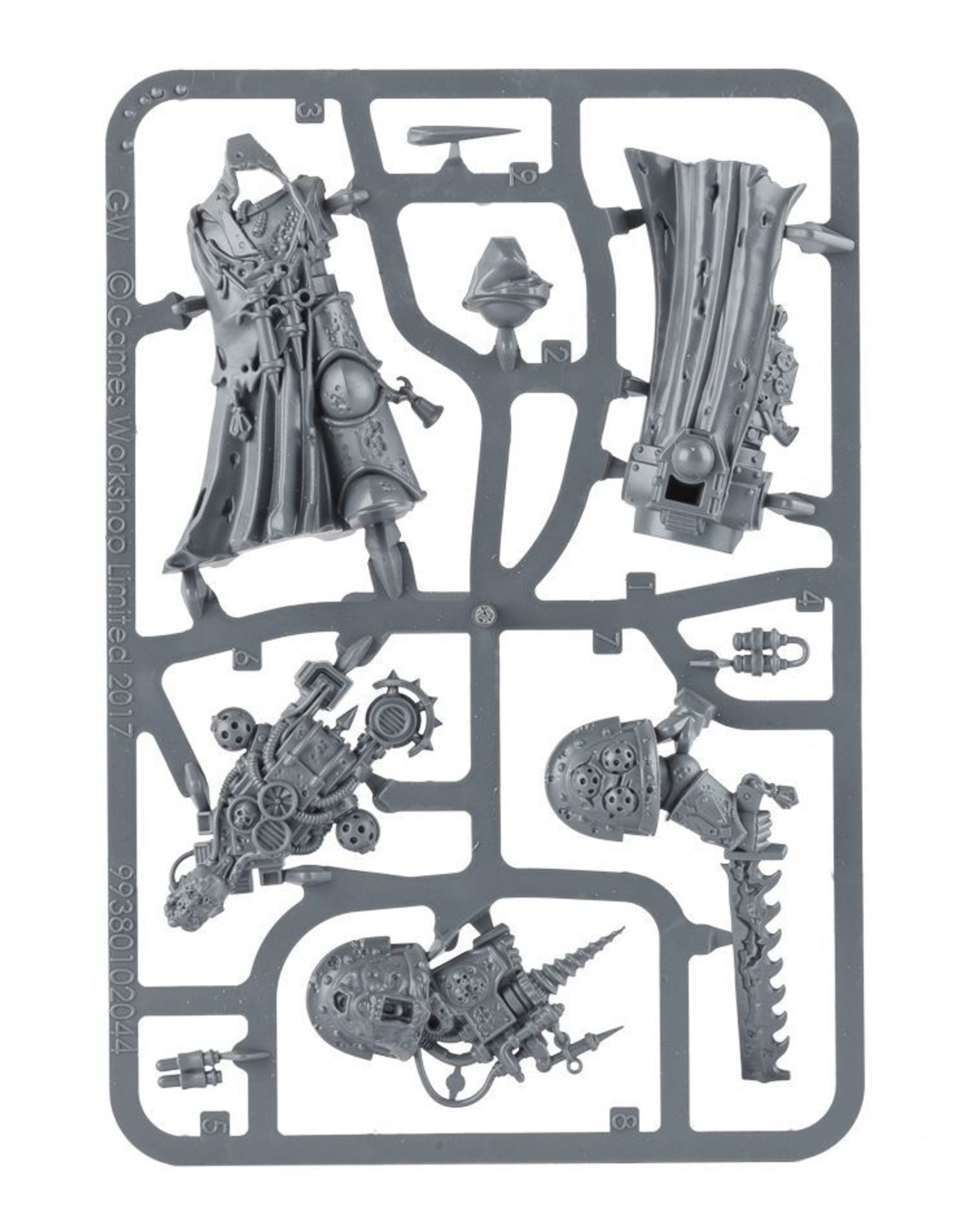 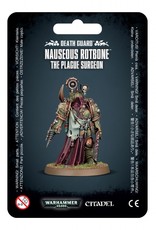 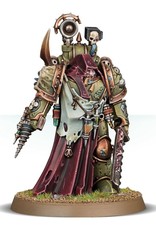 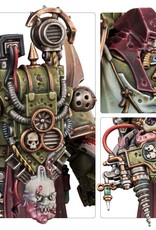 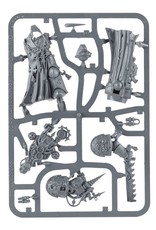 Sinister, hooded figures, Plague Surgeons drift through the mayhem of battle like ghoulish spectres of death. They were once Death Guard Apothecaries who brought healing to those who could be saved, and absolution to those who could not. Damnation transformed their order, rendering them the dark antithesis of what they once were. The very touch of a Plague Surgeon is virulently infectious, while every breath they exhale teems with spores and Daemon motes. The miasma that drips from their weapons and surgical instruments only adds to this effect. Any for foolish enough to engage a Plague Surgeon in combat will soon be crawling with empyric disease.

This multi-part plastic kit contains the components necessary to assemble Nauseous Rotbone, a Death Guard Plague Surgeon. He carries a bolt pistol and balesword, but where the real fun lies is in the various corrupted medical instruments he carries – narthecium-like instruments containing horrific plagues are all over his armour, with an ancient, rusted reductor perfect for stealing gene-seeds on his right arm. Much of his armour is concealed by a cowl and cloak, but the armour that is visible is covered in the pits, rust and corrosion expected from such a devotee of the Death Guard. His right shoulder bears a vile plaguebearer's head, and the device on his back… the less said about that, the better.