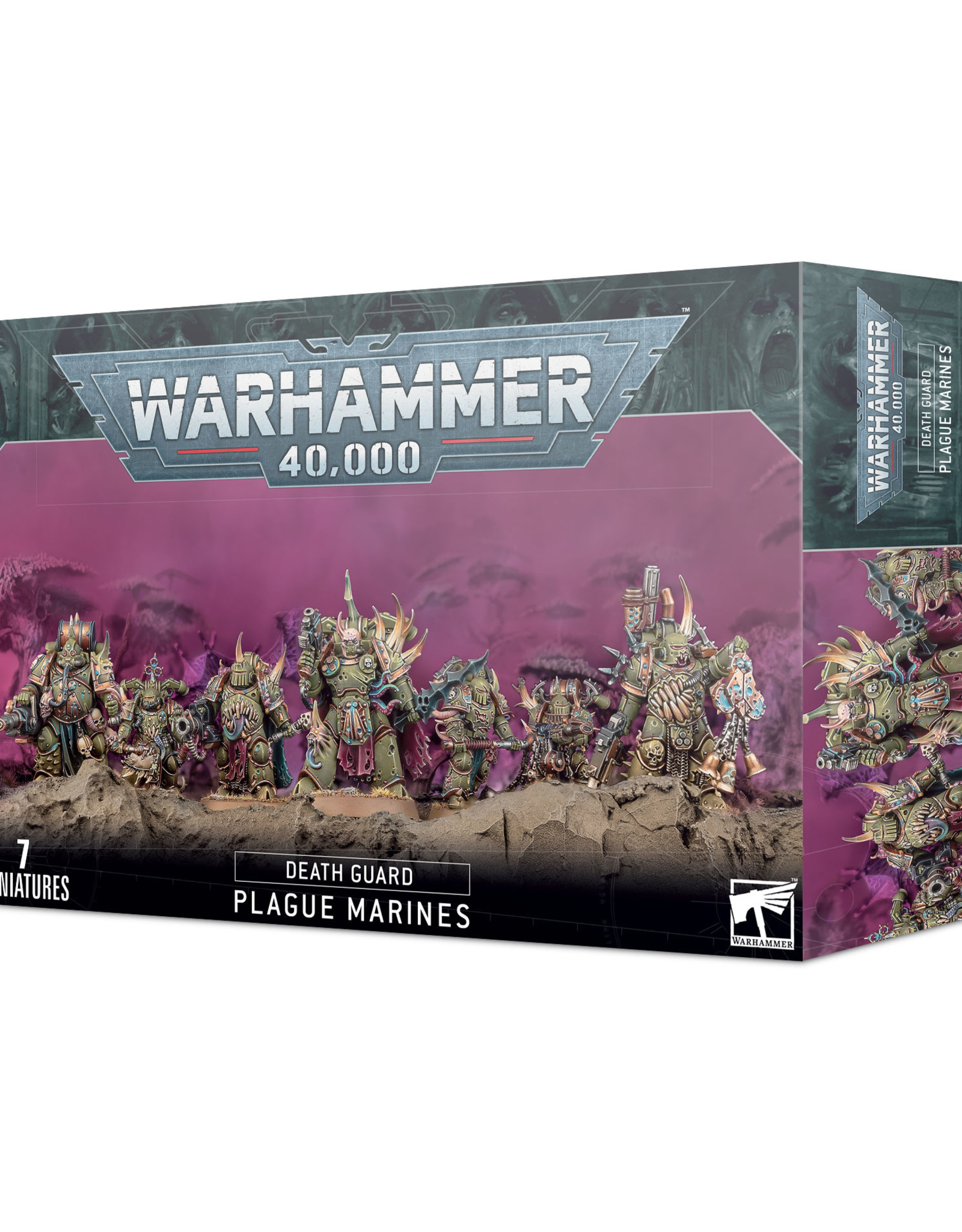 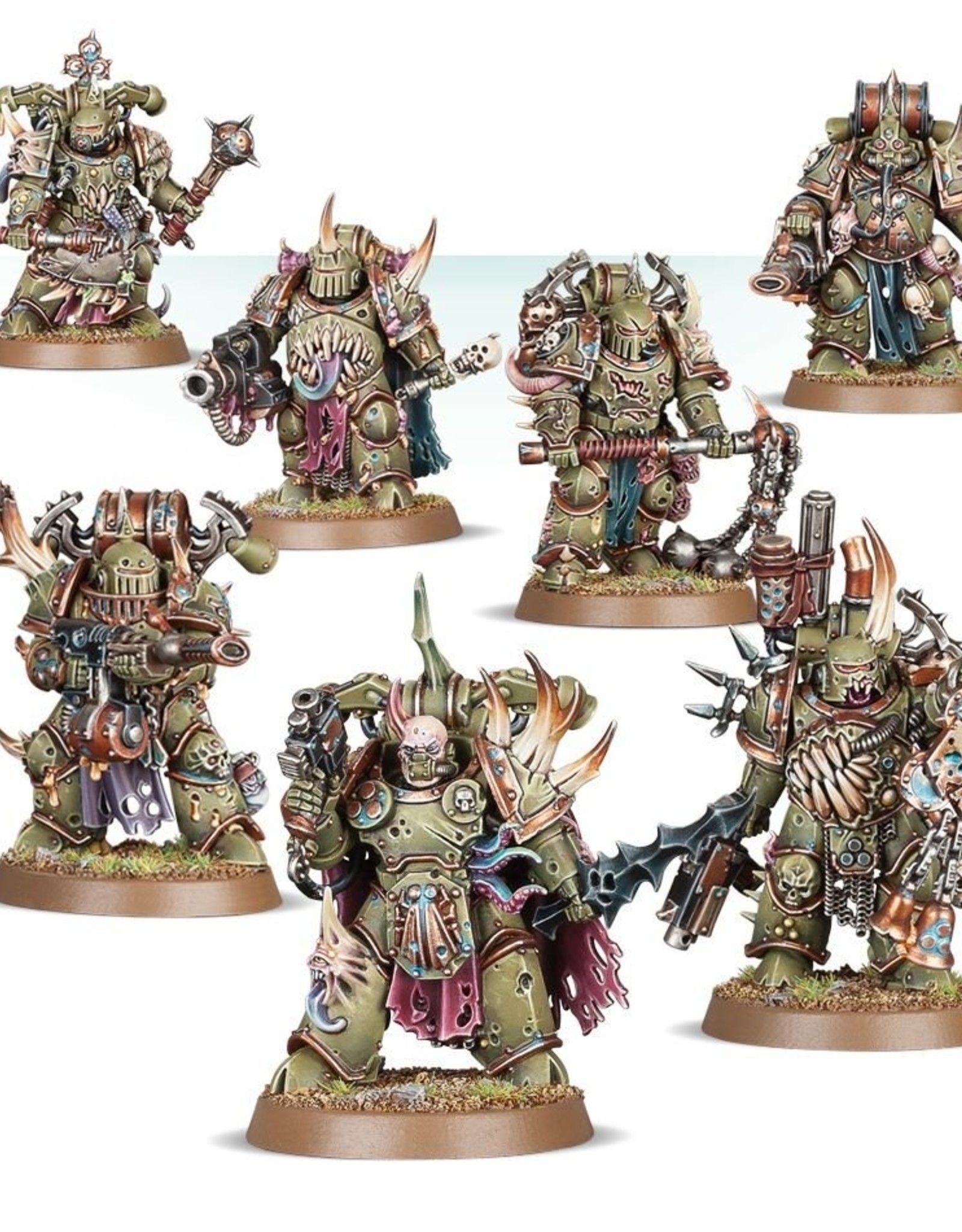 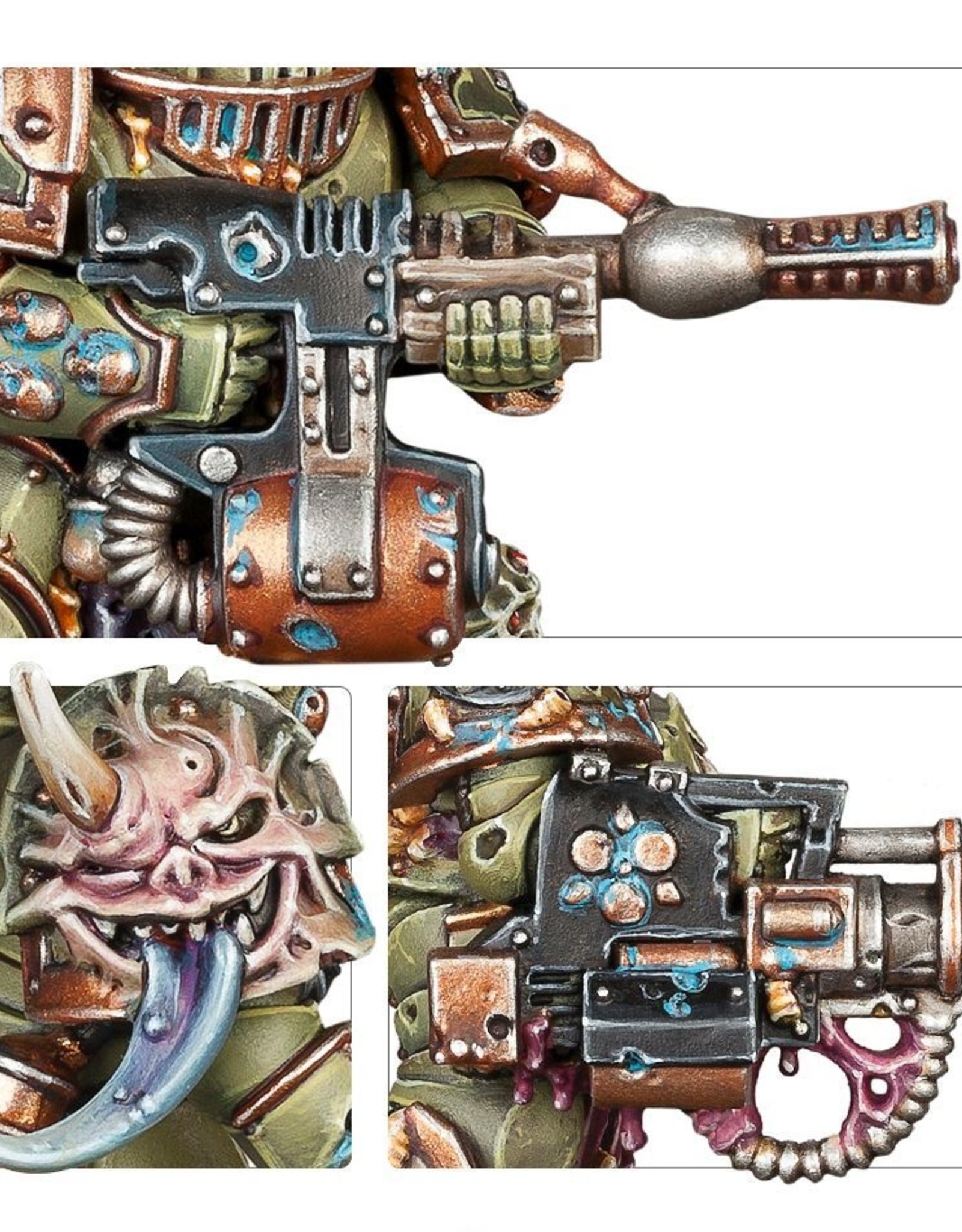 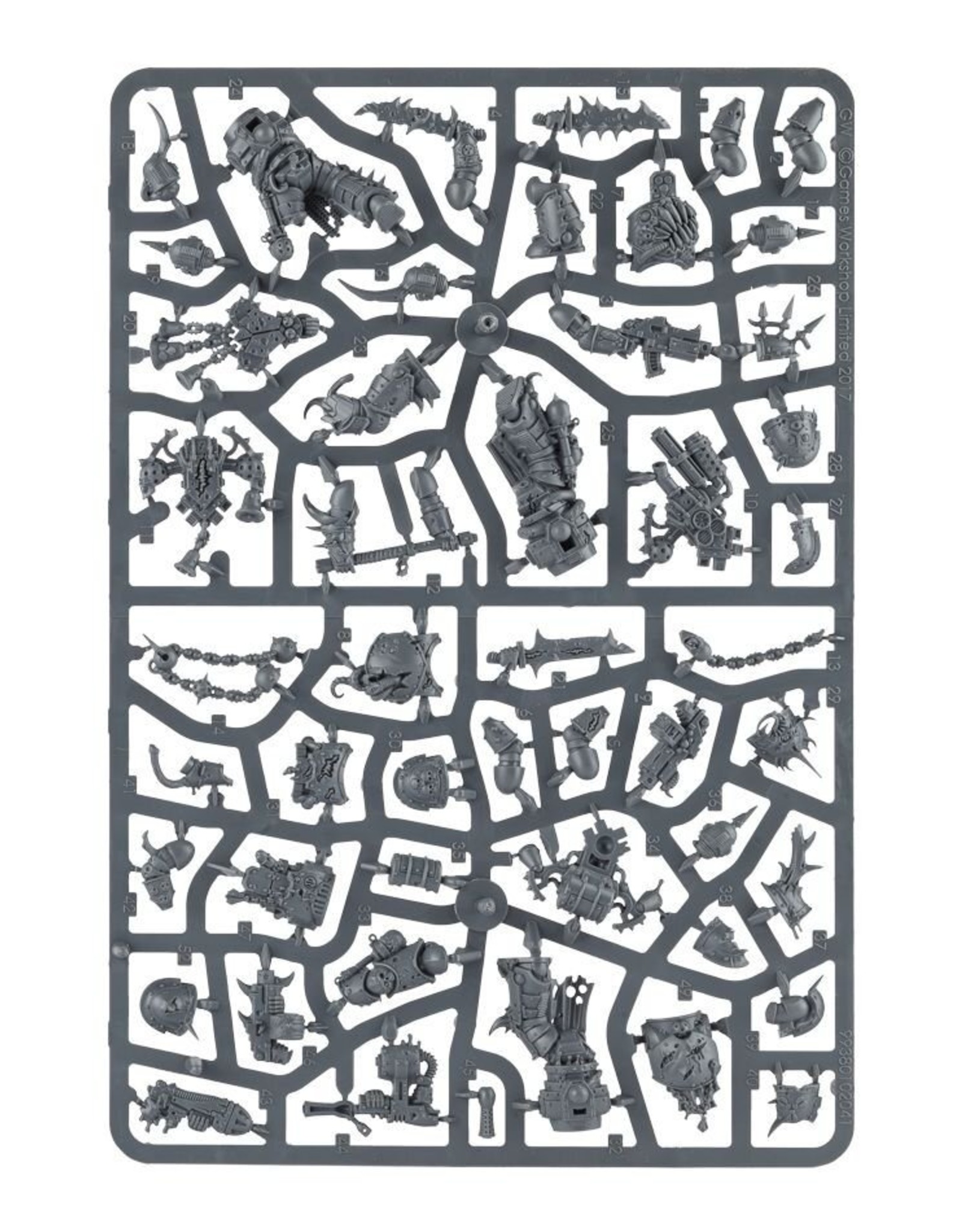 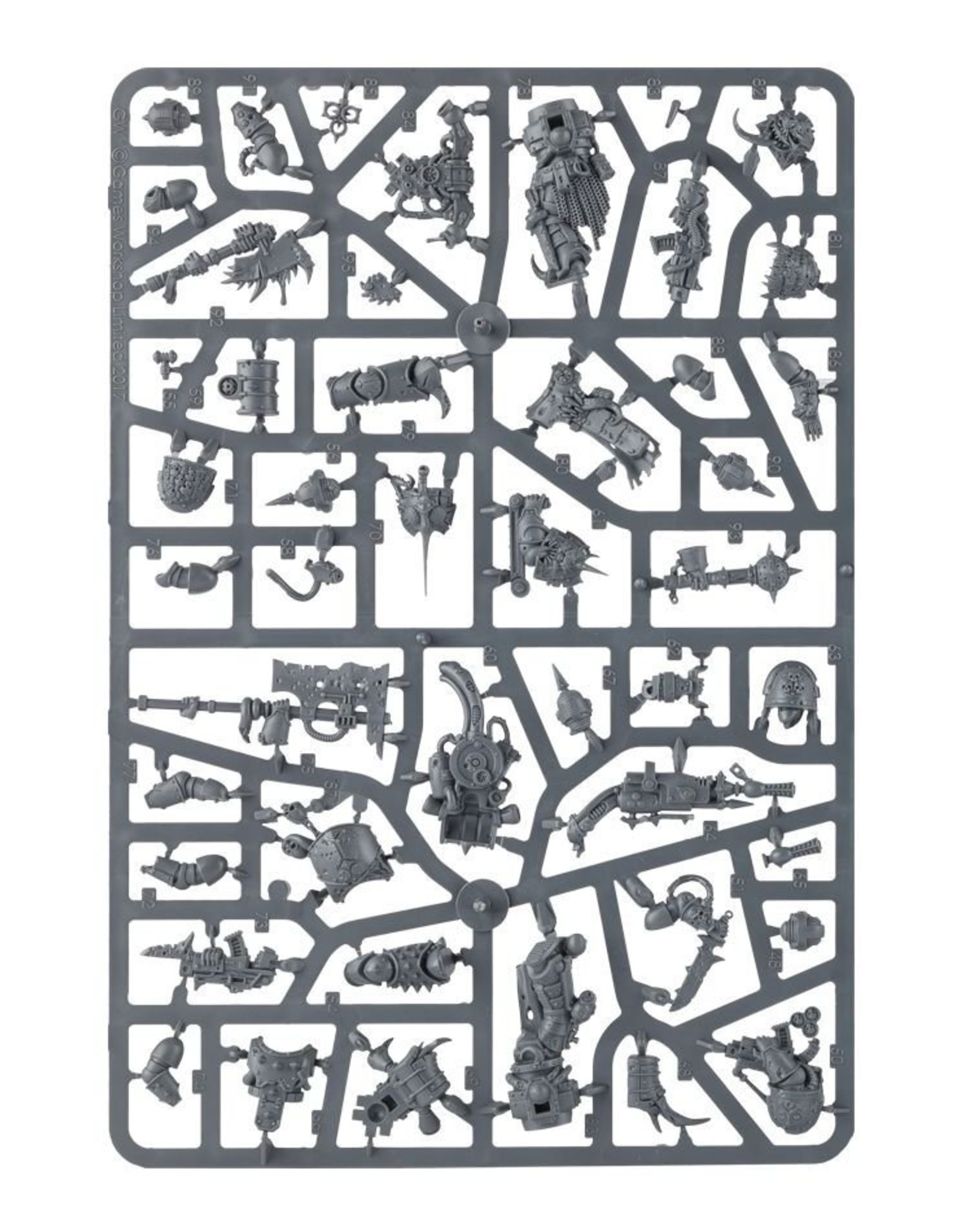 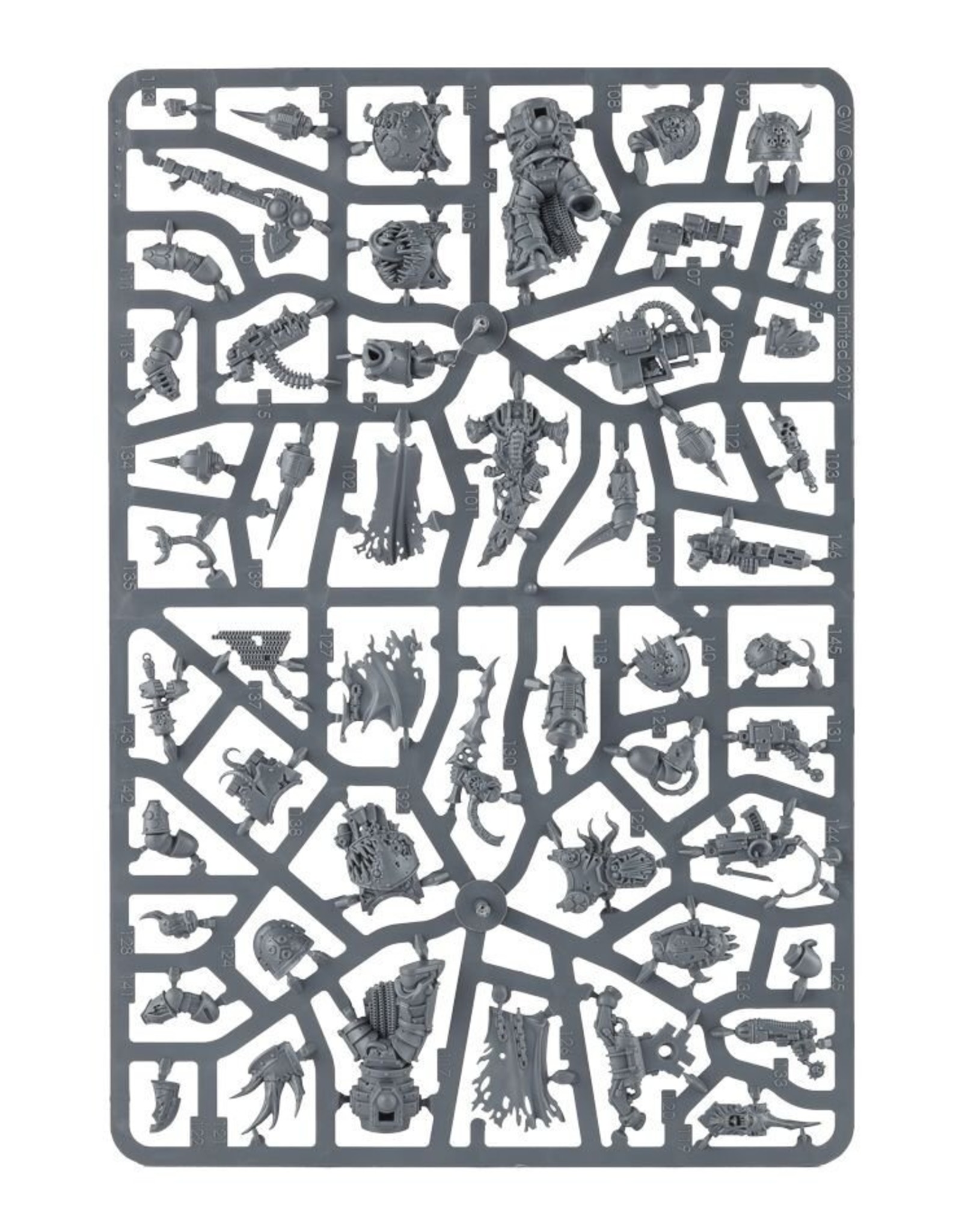 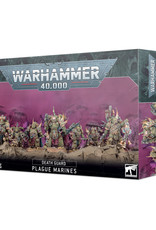 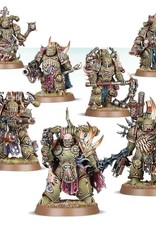 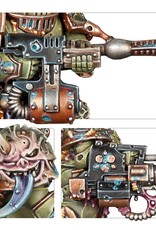 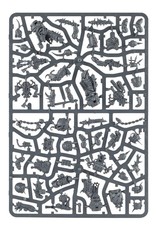 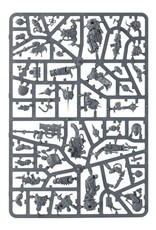 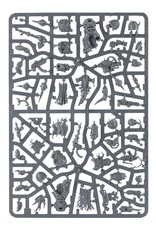 Bloated with festering corruption, Plague Marines form the mainstay of the Death Guard, and unlike many Traitor Legions their numbers have only swollen as the millennia have passed. Sworn to Nurgle’s service, Plague Marines have disgusting, rotted bodies that stink of decay. The putrescent slime that oozes from their sores corrodes armour boils away skin, yet despite their horrific disfigurements they are fearsome warriors indeed.

This multi-part plastic kit contains the components necessary to assemble a 7-man squad of Plague Marines. Each is posed dynamically, with the usual Death Guard accoutrements – cracked, rotting armour revealing grasping tentacles, severed heads displayed proudly on belts, backpacks sloshing with unnatural diseases and pipework leading from rebreathers to Nurgle knows what foul concoctions. There’s an Icon of Despair included, so your unit can feature an icon bearer.

These models feature a wide range of weapons and heads, many of which are designed to fit a specific model – there are 8 boltguns, 4 plague knives, 2 bubotic axes, a blight launcher, a plasma gun, a meltagun, a plaguebelcher, a heavy plaguespewer (with backpack), a mace of contagion, a great plague cleaver, a plague flail, a plasma pistol and a bolt pistol. There are 2 weapon options available for the unit Champion: a specific plaguesword and power fist, and there are a total of 16 bare and helmeted heads. 2 specific arms are included for a model holding a blight grenade, with one hand pulling the pin.