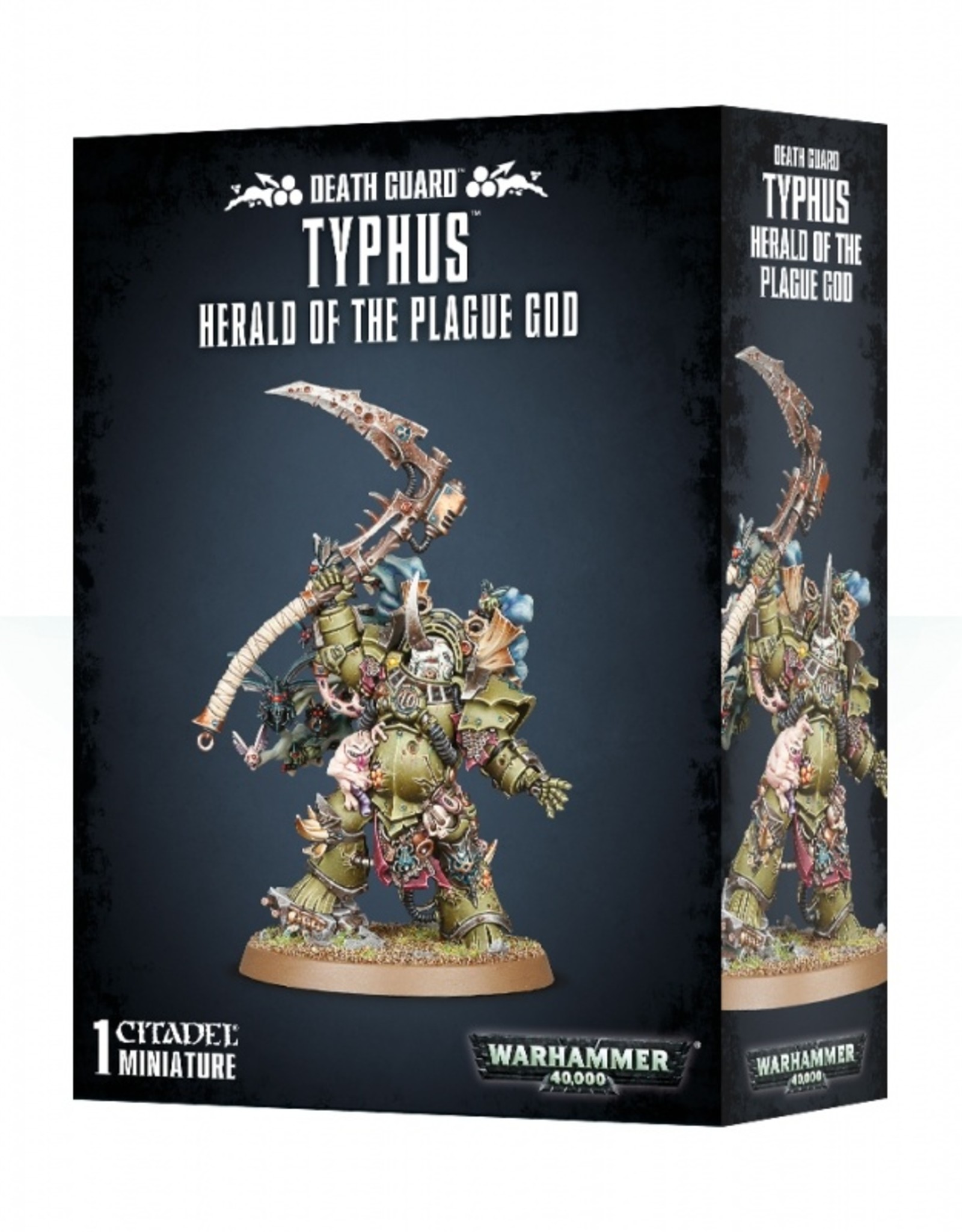 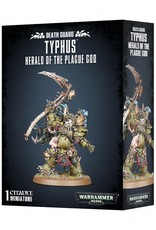 Typhus, Lord of Mortarion’s First Plague Company and Host of the Destroyer Hive, is the most feared of all Plague Fleet commanders. From his ancient ship, the Terminus Est, Typhus spreads contagion and misery across the galaxy. That Typhus has been truly blessed by Nurgle is indisputable. For ten thousand years he has been a blight on Imperial worlds; in the wake of Typhus’ fleet a virulent plague spreads, creating plague zombies whose bites carry the disease to new victims. Billions have died and been returned to undeath, as the proliferating energies of Chaos distort and mutate this disease to ever-more terrifying vectors.

This multi-part plastic kit contains the components necessary to build Typhus, Herald of Nurgle, Host of the Destroyer Hive. This is an appropriately large model, covered head to toe in rot, pitted Cataphractii armour, skulls, Nurgle icons and spikes – there’s even room for a Nurgling to hitch a ride, clinging to his waist. He holds aloft a master-crafted manreaper, taller even than Typhus himself, which features a host of unpleasant effects of corruption and wear; it’s clearly a blade that has seen a lot of action. The chimney found on his back is belching forth a vile hive swarm with impressive effect – some of the flies bursting forth are the size of a Nurgling. Included is a scenic element to his base, as he stands with a foot resting arrogantly on some toppled Imperial masonry.