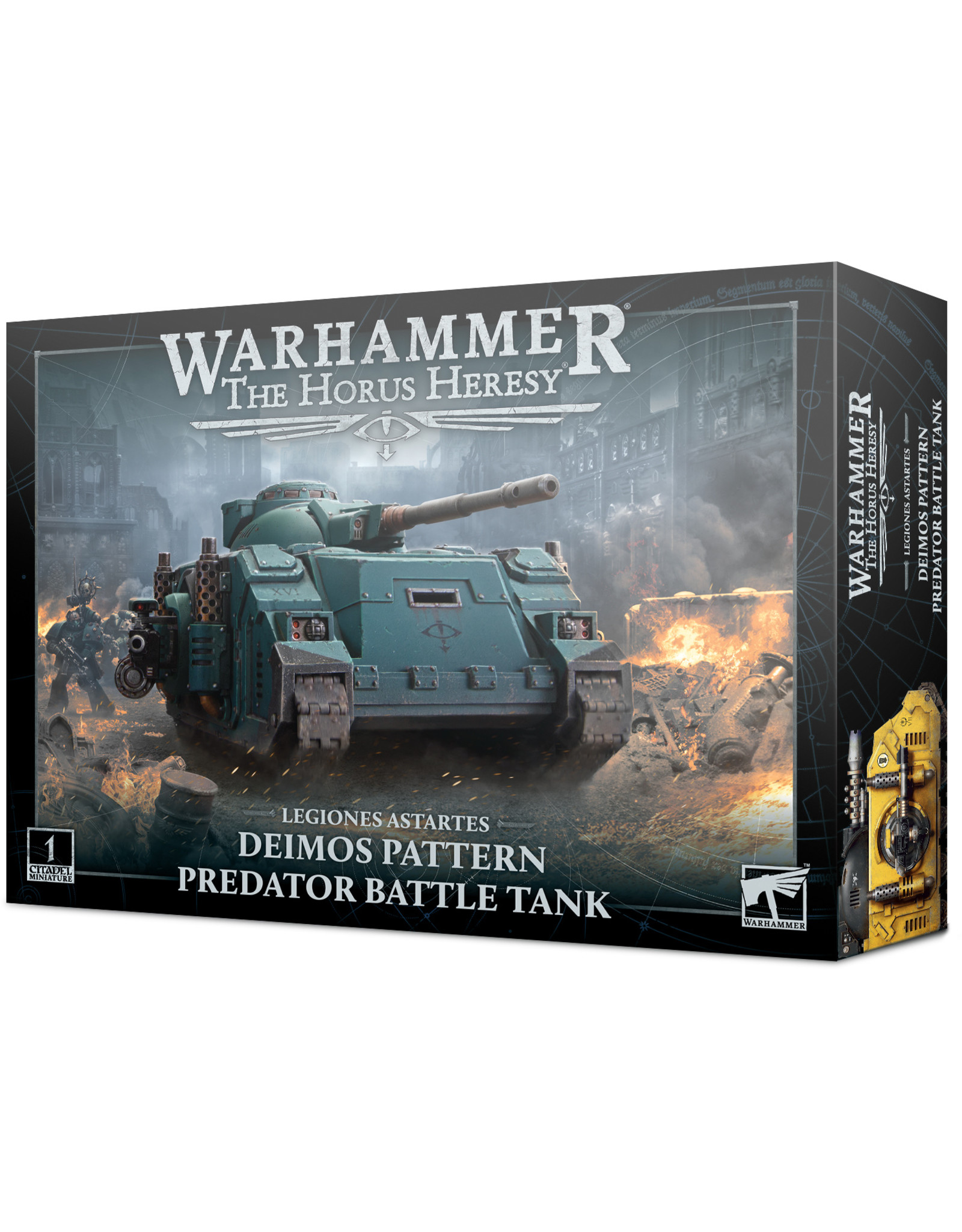 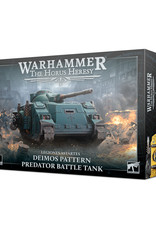 The Predator is perhaps the best known and most widespread variant of the basic Rhino chassis. Augmented with superior armour and firepower, it entirely sacrifices the Rhino’s troop transport capacity in favour of ammunition and generators for its formidable weapon systems. The result is an effective and versatile tank of the line, with an excellent balance of speed, firepower, and protection. The Predator's robust design can field a wide variety of armament configurations – the Legiones standard is a rapid-firing turret mounted autocannon, but other configurations include a powerful heavy lascannon, or more exotic grav and volkite weapons.

This multipart plastic kit builds one Legion Predator, a versatile battle tank in the Deimos pattern. This powerful tank stalks the battlefield in armoured squadrons, and can be built with one of four turret weapons – a rapid-fire Predator cannon, a tank-busting gravis lascannon, a potent volkite macro-saker, or a crushing graviton cannon. It also boasts a pair of sponson weapons – heavy bolters, heavy flamers, lascannons, or volkite culverins – that can supplement its primary weapon or allow it to engage a more diverse range of threats.

The kit also includes components to upgrade the Legion Predator with a pintle-mounted weapon – a havoc launcher, heavy bolter, heavy flamer, multi-melta, or a combi-weapon with five configurations (bolter, flamer, melta, plasma, or volkite) – as well as a searchlight, a dozer blade, a hunter-killer missile, and a number of cosmetic options, such as towing hooks, sigils, and a choice of a Space Marine gunner, spotter, or closed hatch.

This kit comprises 104 plastic components, and is supplied with a Legiones Astartes Vehicle Transfer Sheet containing 44 optional markings and icons for the Sons of Horus and Imperial Fists Legions. This miniature is supplied unpainted and requires assembly